Diamonds and chocolate: look like the most expensive Easter eggs. Photo 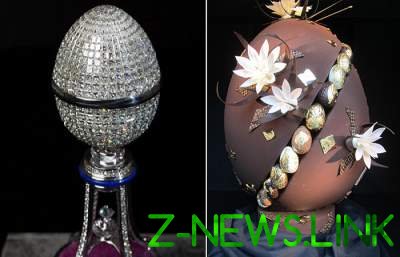 Easter is not far off

People are diligently preparing for the blessed holiday, choosing for the family of symbolic gifts, the rich also in a hurry to please yourself and your passions pleasant surprises, trying to present them with cute Easter eggs, like a work of art, the value of which is scary to say out loud, painfully, figure bite.

After all, as they say, “the egg is not simple, but gold” in the truest sense of the word. 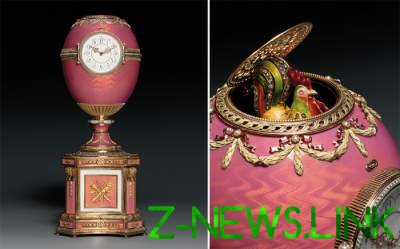 It so happened that in 2007 a fabergé egg decorated with diamonds, was sold for almost ten million dollars. And then, the next question is, what makes it so special? As it turned out, the secret diamond Easter eggs is that every hour of the eggs jumps the cock, decorated with precious stones, which flaps its wings four times, nods his head three times and makes a screaming sound. Impressive, isn’t it? The unusual gift was presented to a Russian family of a French nobleman, the Baron Eduard de Rothschild in honor of the engagement.

Unique precious “Mirage”, at a cost of five million dollars – a cross between a luxury Faberge egg and the Damien Hirst works, which can afford only the elect of this world. The incredible ornament has more than a thousand diamonds only on the top of the egg, one hundred of which are especially rare cut. But not this plays a key role in this small masterpiece, and the fact that, inlaid with precious stones, the egg opens, revealing eyes of viewers ornate, hand-crafted globe made of 18-carat gold. Inside the globe on a luxurious Golden olive branch (also handmade) rises the mountain crystal dove with a gold beak and gems for eyes, representing peace around the world. The creation of this luxurious Easter egg took three years, and the work was done some of the best masters on three continents. At the expiration of the term, Manfred Wilde, the main person responsible for the design and build of Mirage, finally brought the creature to life, much to the delight of the astonished and sophisticated audience. 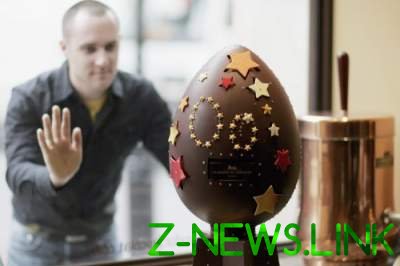 Needless to say that this is chocolate egg, valued at one hundred thousand dollars, which was made for Easter in 2006 is one of the most expensive Easter treats in the world? And what is his uniqueness, you ask? And that egg size in sixty-five centimeters, was inlaid with hundreds of beautiful diamonds, each of which is about 0.5 carats. So truth be told, best friends girls – diamonds and chocolate, it’s not for nothing the great masters as much as three weeks worked hard to build a “little” Easter gift for La Maison du Chocolat 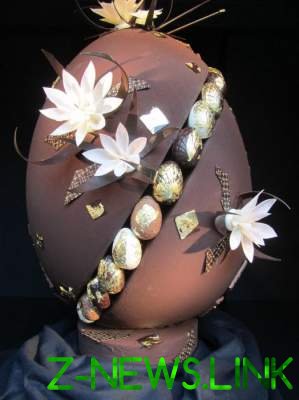 Easter egg with gold flecks – the most expensive chocolate egg without precious stones, was created by William Curley. The secret of such a costly product is that it includes chocolate Amadei, Japanese black vinegar, toasted sesame seeds, cane caramel, rosemary, olive oil, juniper berries and black currant, and on its creation worked seven renowned chocolatiers who have made no small effort to the decor, decorate the egg gorgeous flowers and edible gold. 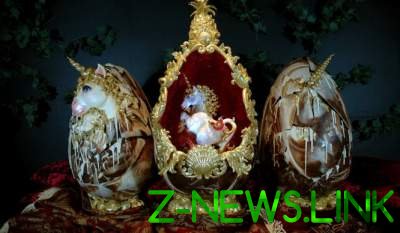 Who of us in childhood believed in the existence of mythical creatures coming in my dreams, after reading fairy tales and watching movies? And while we continue to dream, building magic castles, riding on unicorns, Choccywoccydoodah, led by Christine Taylor has created an impressive series of Easter eggs, symbolizing the birth of fantastic creatures, each of which weighs a hundred kilograms and worth twenty-five thousand pounds for the set of three pieces. The uniqueness of these eggs is that they are all made from very expensive high-quality Belgian chocolate and are made in the best traditions of the XIX century, giving a special charm and a bit of magic these chocolate works of art. 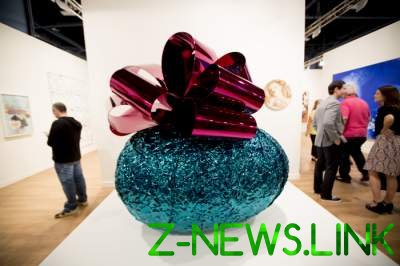 Today considered not only one of the most expensive Easter eggs in the world, but also has its own “secret”. It is only known that this work of art is made of stainless steel, which is covered with enamel, and the rest is held by the author of balls in the strictest confidence. It is not known why it has such a rich and pretentious blue, and as it reached him. We only know that the egg with a Flirty red bow was put up for auction Christie’s for 4-5,and $ 6 million. 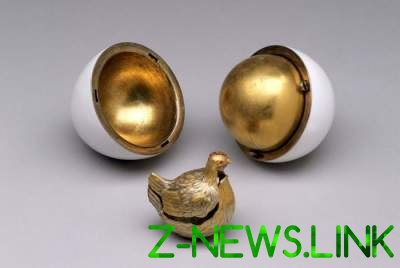 For anybody not a secret that there is a special tradition for Easter worldwide, namely, to look for hidden eggs everywhere. About it and doing it the French police in the recent 2013, when trying to catch the intruders who were carrying valuables across the border, suddenly found there is valuable treasure – namely, the Golden egg is made in style of Faberge. It is known that it was stolen from a private company in Geneva for several years before that, and then disappeared without a trace. And to this day, many speculated where did the original egg and who is the author of this creation. Jewelers appreciate the find about 800 thousand dollars.