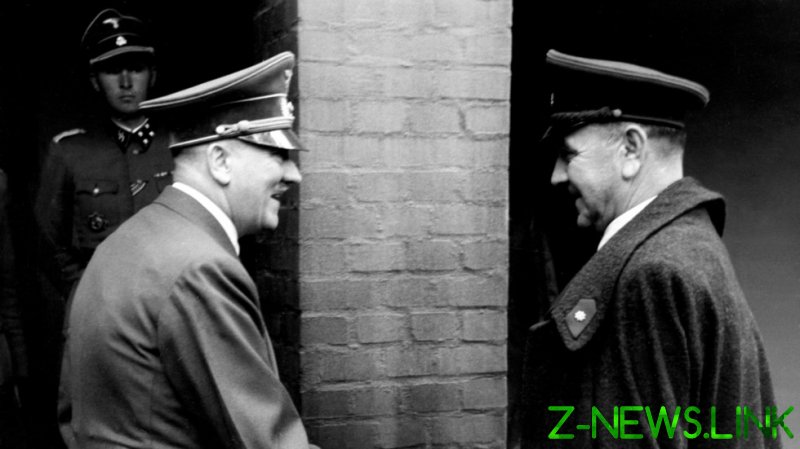 The Memorial to the Victims of Communism, which is under construction in Ottawa, has received letters of support from Prime Minister Justin Trudeau and other political figures. Former PM Stephen Harper and Alberta Premier Jason Kenney have backed the project as well.

In addition to receiving an estimated Can$7.5 million (US$5.96 million) in public funds, the ‘Tribute to Liberty’ charity running the troubled project has also solicited private donations of $1,000 each through a “buy-a-brick” campaign that dedicates a “virtual brick” to alleged victims of communism.

A list of some 600 victims is being drawn up by the charity and the Department of Canadian Heritage to be included in the memorial. However, a list published online by the group reportedly features known fascists with donor groups apparently attempting to “sanitize” their records.

Virtual bricks have been purchased in the names of Ante Pavelić, the leader of the Nazi puppet Ustaša regime that ran the Independent State of Croatia during World War II. Other prominent Ustaša officials Mile Budak and Ivan Oršanić were also included in the list.

Pavelić has been described as the chief perpetrator of the Holocaust in the Balkans. Under Ustaša rule, an estimated 32,000 Jews, 25,000 Roma and 330,000 Serbs were killed.

Although references to Pavelić and Budak have since been removed from the list, they were apparently described simply as a “doctor of laws” and “poet” respectively by the donor group, the General Committee of United Croats of Canada, when making their contribution.

Ludwik Klimkowski, who chairs the charity’s board, told CBC News that it was “premature” to talk about specific individuals on the list when it was still being vetted by both the group and Canadian Heritage. He said the review process was expected to conclude in December.

However, Canadian Heritage told the public broadcaster that it is currently only reviewing the list of names that have been proposed for the monument and not the names listed on the charity’s website.

Another controversial inclusion on the online list is Roman Shukhevych, the wartime leader of the Ukrainian Insurgent Army (UPA) who is said to be responsible for the deaths of several thousands of Belarusians, Jews, Poles and Ukrainians.

Virtual bricks in his memory were purchased by the League of Ukrainian Canadians Edmonton Branch. Shukhevych’s reference on the website only notes that he “fought to rid Ukraine of enslavement from Soviet Communist rule.”

“If Canada commemorates Ante Pavelić or Roman Shukhevych, it can throw its human rights record right in the trash,” Efraim Zuroff, director of the Simon Wiesenthal Centre in Jerusalem, told the outlet.

In a report to Canadian Heritage, Carleton University historian Michael Petrou had reportedly red-flagged the names of unspecified individuals on the list who were Nazi collaborators or had been associated with fascist organizations active in Eastern Europe and the Balkans during WWII.

Petrou told CBC that he had also highlighted names on the list of individuals whose status as “victims of communism” could not be ascertained. For instance, a virtual brick paid for by Goldwood Industries Ltd. commemorates Jagat S. Uppal, a successful businessman in British Columbia.