Brazil doesn’t need US permission to its own backyard, ex-president Lula tells RT 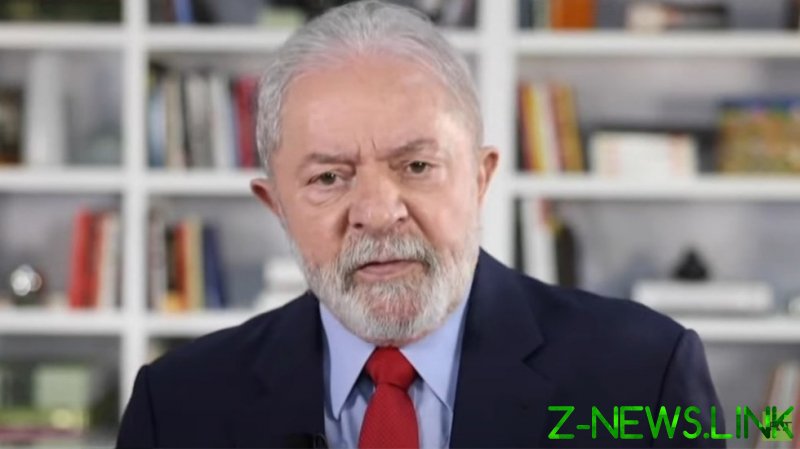 He said he wished for more equality in the future, and for strong countries like the US not to meddle in other nations’ affairs.

“This idea of the Americans to be a beacon for the world and not let anyone else compete economically is wrong. Americans must know that we do not want a sheriff or a tutor, we want a partner. We want brothers and sisters,” Lula said.

We want all countries to be fraternal, to develop partnerships. Brazil has to be a sovereign country as well as Russia, China, and the US.

Lula led Brazil between 2003 and 2010 and was part of the so-called ‘pink tide’ in Latin America. The continent, which Washington traditionally considers to be its backyard, went through a resurgence of left-wing forces at the time. Lula prides his government on massive reforms to eradicate poverty and otherwise lift up the have-nots, but also on strengthening Brazil’s ties with other nations of the world.

“We proved that Brazil could have sovereignty and international protagonism, and that this could be reached without having to ask the US. We do not need to ask permission from the US to be the owners of our own backyard,” he said. “The problem is that Brazil has a ruling class, an elite, that is subservient. They cannot do anything without asking permission from the US.”

He described how in 2002, before his inauguration, he was invited to the White House by US President George W. Bush, who was whipping up international support for the planned NATO-led invasion of Iraq.

“I told President Bush,” Lula recalled, “that I did not know Saddam Hussein, that Iraq was 12,000 kilometers away from my country, that Iraq had never done anything against Brazil, and that my war was not against Iraq, but against hunger in my country.”

Brazil experienced a political whiplash in 2018 with the election of right-wing President Jair Bolsonaro. Lula was barred from running against him due to a criminal sentence, but may challenge Bolsonaro’s power in 2022, since Brazil’s Supreme Court has since nullified his conviction.

Bolsonaro’s leadership has been disastrous for Brazil, “almost genocidal” due to the death toll and damage inflicted on it by Covid-19, Lula believes. He says the incumbent president “does not take into account the need for humanizing the government… He did not define the protocols, he did not gather the scientists or the state governors, he did not make the decisions that any democratic government that is concerned about the people would have made.”

Part of the problem was the Bolsonaro government’s politically motivated decisions to reject and vilify vaccines against Covid-19 produced in China and Russia, Lula explained. Public health policy must not be based on ideology, he said.

Lula declined to confirm that he would run for president next year, but said that Bolsonaro’s grip on power was diminishing as his public support dwindled. “I am sure that democracy will win the elections in 2022,” he predicted.