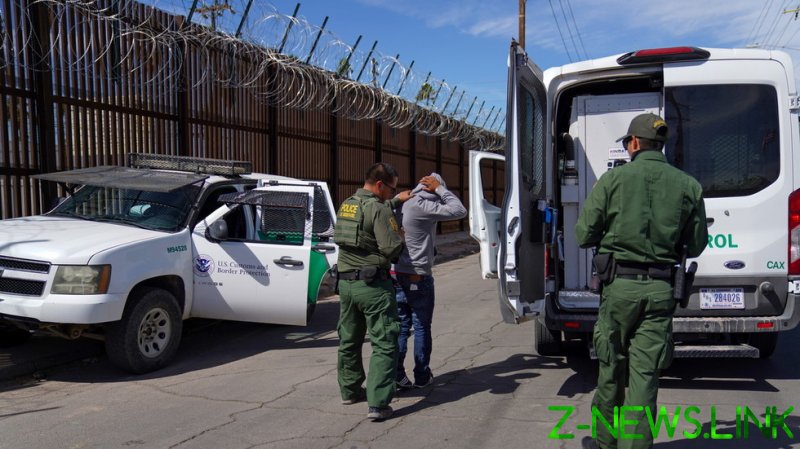 Immigration and Customs Enforcement (ICE) and Customs and Border Protection (CBP), the two agencies dealing with the surge of migrants at the US-Mexico border, have reportedly received memos banning them from using language that may offend those crossing into the US illegally, the Washington Post and other US media reported.

The employees would be discouraged from calling new arrivals ‘illegal aliens’, the technical legal term typically used in such situations. Instead, officers should refer to them as ‘undocumented migrants’ or ‘noncitizens’ on social media, in public documents, and inter-agency communication. The concept of ‘assimilation’ would also be abolished, at least on paper, as the term would be replaced with the more inclusive-sounding ‘integration’.

The Washington Post reports that CBP Acting Commissioner Troy Miller said the change is aimed at “maintaining the dignity of every individual with whom we interact.” Acting ICE Director Tae Johnson reportedly vowed to “ensure agency communications use the preferred terminology and inclusive language,” citing the updated rulebook.

While the term ‘illegal alien’ is set to be purged from press releases and the majority of publicly available documents, an exception could be made for some “legal or operational documents,” since the term ‘alien’ has been widely accepted in US law, featuring in several Supreme Court rulings.

The latest change in verbiage comes as the Biden administration struggles to handle the massive influx of migrants. On Saturday, Biden appeared to refer to the situation at the southern border, which has seen Central American migrants streaming towards the US in record numbers, as a ‘crisis’. Later on, however, an unnamed White House official subsequently clarified to CNN that the president was describing the “crisis in Central America,” but not at the US border.

Republicans, who have for months roasted Biden for his failure to stem the flood of illegal arrivals, have picked up on what they deem an inconsistency in the administration’s messaging.

According to a recent CBP report, officers encountered around 172,000 “persons attempting entry” at the southwest border in March alone – a 71% increase over February.