Home / policy / Anatomy of a rumor: go to fight inventors

Anatomy of a rumor: go to fight inventors 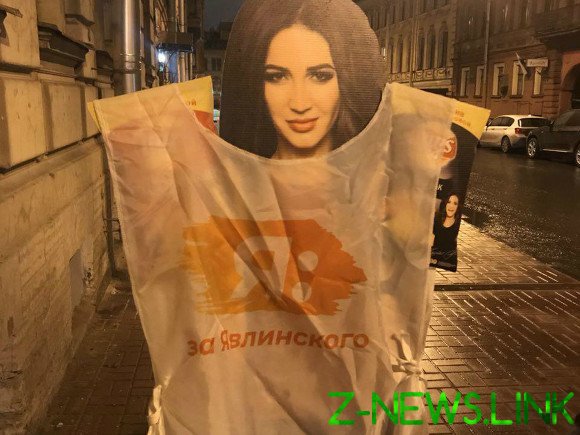 According to some, the Kremlin is trying to change the agenda in the Runet on the eve of the Single voting day — with a focus on non-political scandals.

In order to be able to go to the complete suppression of the new protest wave, it is necessary that it is significantly weakened. To focus public attention on the protests, fires, floods, and, finally, radioactive accident about Severodvinsk plays against the Russian government. The conditional “Kremlin towers”, which occupy not only the security forces, it is still understand. No wonder there are rumors that they are trying to change the agenda.

Here we must clarify that we are talking about the audience of the Russian Internet. National TV channels are under full control of the Kremlin administration, or rather its first Deputy head Alexei Gromov. There Moscow protests look like a few bunch of freaks who love Gypsy music, and even incomprehensible, for the acceleration of any such intruders thanked the riot police known promoter Vladimir Solovyov. No other protests there and does not show, nor discussing the danger of radioactive contamination and irradiation of the population of neighbouring villages and towns in the accident in nenoksa about 200-thousand of Severodvinsk. There is, however, fires and floods — or more precisely, fight with them, mainly due to visits to the disaster zone by Vladimir Putin, who likes his victims or “podtoplentsam” tea. And what sense to hide these disasters, when they are no longer even DiCaprio says.

The Internet picture is markedly different. Moscow protests came to the end of July to the fore and, of course, considerably lose the attacks of the Russians on Instagram of Ms. Kardashian, but certainly benefit from any positive for the Russian authorities on the topic. Of course, only those who are in an information bubble and he participates in the protests, it seems that more than anything in the Runet did not say. Vladimir Putin, however, as rumor has it, surely loses the protesters at the total of references in Runet.

In the end, says a source close to the presidential administration, at a meeting of its leadership with the “political unit” was instructed to shift the attention of the web audience on other topics. Traditional discussion of the possibility of the burial of Vladimir Lenin, the renaming of Volgograd into Stalingrad or just de-Stalinization network audience cares little, who is Lenin, she did not know.

But well aware of who this Olga Buzova. And here, allegedly by coincidence, this star of television and the Internet falls into a scandal. The Network appears the video, which Buzova licking the plate, and then jokingly explains that she is “believe”. Naturally, this causes resentment of many people of the older generation, but not only them. Discussions about the morality in Vogue among all generations of Russians. And here Buzova pulls a little attention, refusing, furthermore, to remove a video clip from Youtube that allows you to the dear public to make a point thoroughly.

Then with his scandalous story in the media space falls piarschitsa and TV presenter Tina Kandelaki. It is sexy, “was harnasie” the famous American singer Katy Perry. Against the latter have already made several similar accusations in the international context, the Russian is unlikely to be “quoted”. But in the domestic media market is a rather loud topic that combines all that I love to discuss-and be really judgmental in the Network: here you and women’s rights, and gay sex, and attempted rape, and finally self-defense.

At the same time, polls postpones publication of its regular surveys, including the traditional “ranking”. In the end, the theme of the fall of the popularity (or its growth) Vladimir Putin leaves temporarily from the information space and no one can write of steel the Russians have more or less love their President. The more you start to wonder, as the change of its popularity to do with the protests.

It’s probably not the only measures that take power to change the agenda. For example, the same polls recently catapulted these results are very critical of “Orthodox Russians” poll. He, however, “not fired” and an especially heated debate did not happen. But there is still a resonant crimes, including murders, which, unfortunately, happen every day. Or a tried and tested technique, as the international scandals-the alleged “manifestations of Russophobia.” Arsenal is rich and, obviously, in the coming weeks, as it approaches the Single voting day, we will see how themes will change the media space of one another. And each next one will be scandalous previous. At least because to discuss the real problems for the authorities now is not, it is easier to change the agenda, and angry to send the riot police. To “common people” was discussed Buzova, not the rumors about radiation.