“A real desert” Chiygoz said that the occupation of Crimea 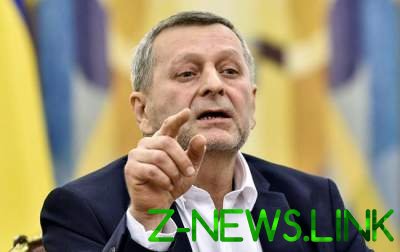 After the annexation by Russia and the cessation of supplies of the Dnieper water in the Crimea gradually turns into a real desert.

This broadcast Oboz TV said the Deputy Chairman of the Majlis of the Crimean Tatar people, released from Russian captivity Ukrainian political prisoner Ahtem Chiygoz. “When I drove to see my mother before death, I put the bag on his head, but even through the burlap, I noticed the contrast. On the road Simferopol – Bakhchysarai only gray and yellow. I then my wife asked what something I have a feeling of darkness. She says: “Yes, before you go, it’s all green, lavender fields, wild flowers, and now – universal gloom. In the Crimea the darkness, and in the hearts of men the darkness” – he said. The former prisoner of the Kremlin urged not to rely on the objectivity of a second referendum. “This is base speculation. Troops there now so that wherever you look – everywhere the troops. Who told you there will give the opportunity to freely Express their opinion”, – said Chiygoz.

Previously released from Russian captivity Ukrainian political prisoner Ahtem Chiygoz said about the disappointment of supporters of Russia in the occupied Crimea. To a journalist’s question about the behavior of former Ukrainians, in particular judges, prosecutors after they betrayed Ukraine, Ahtem stressed that the former Ukrainians and Crimean Tatars do not exist. According to him, there are citizens of Ukraine, who are honored to behave, or those which turned out to be scum and traitors. Chiygoz noted that the traitors are supporting one or the other based on improve your comfort.

“You know, what is significant for these traitors? They support one or the other based on improve your comfort. Can it be a principle? You live well today and tomorrow bad. Therefore, it is logical that when these kolaborantov getting worse, they’ve already covered all that yesterday considered ideal. “What the hell is this Russia here? I lived in Ukraine, lived well! “is their word now,” says Akhtem.