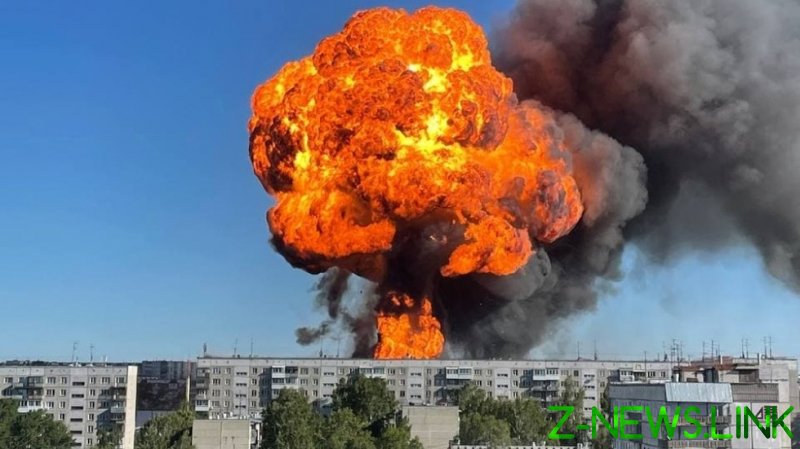 The TASS news agency cited emergency services saying that four employees and two firefighters had been hurt. The officials said that fuel tanks had detonated.

Authorities have closed the road near the blaze, warning drivers to stay away from the area.

The gas station’s operator told TASS that the blaze began when a vehicle was refueling at one of the pumps. He added that a cargo truck and a fuel truck had been destroyed.