Home / WORLD / Wayne Dupree: Why I, as a black man, am voting for Trump, along with a large number of people who consider themselves Democrats

Wayne Dupree: Why I, as a black man, am voting for Trump, along with a large number of people who consider themselves Democrats 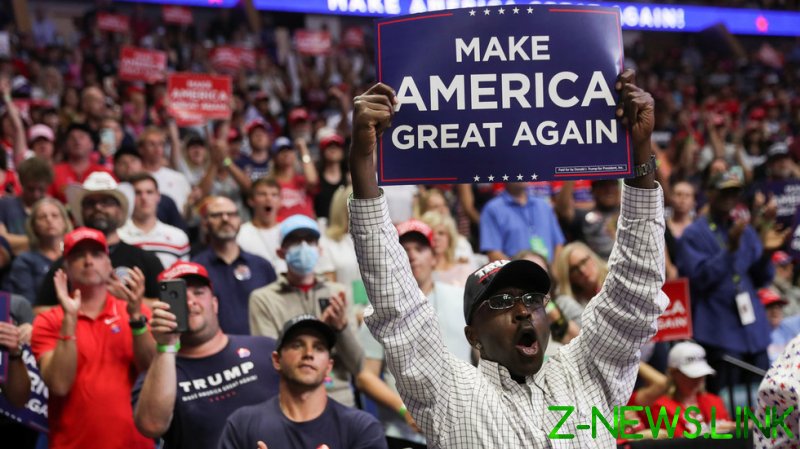 I know a large number of people who consider themselves Democrats who will be voting for President Trump next week. A huge and surprising number. They are voting for him and, in many cases, for other Republican candidates lower down the ticket. They don’t really see this as necessarily an endorsement for the Republicans, but as a protest vote against Democrats. This doesn’t make them Republicans; it makes them unhappy with the Democratic Party’s direction and leadership.

For the most part, they are upset with the tantrums and violence pushed by the far left; for most of us, it feels as if there is “no feeling of patriotism anymore” and, as a military veteran, that hurts.

Yes, there are regular Americans who are patriotic, but most of the politicians, the talking heads, and the journalists have lost all sense of real patriotism. They will spit it out to pander, but you can see from their actions, their hatred for fellow Americans, for the Constitution, for the rule of law, that they crave power, money, and “social justice” more than they crave America and the American Dream.

That is why you see such a difference between the right and left now. Anytime conservatives get together, they tend to be happy, smiling, peaceful, and interactive with others. When the left gets together, it is angry, loud, attacking, and yes, often violent towards others. No wonder so many are gravitating to the right.

Trump is leading the greatest American comeback with 33.1 percent GDP growth in the third quarter of this year that tops every other country affected by the pandemic, including Germany and China. Meanwhile, Biden is warning and crying about a dark winter. That’s a very sharp contrast.

Republican voters want to empower individuals to thrive and do it for themselves. In contrast, Democrats want to administer health services, energy, and wealth to control every aspect of a person’s life as they see fit. Did you see what I just did there? I said Republican voters. I really don’t support or like most Republican politicians because they compromise with Democrats and spell out the word s-u-r-r-e-n-d-e-r, but I digress.

It’s unfortunate that Republicans have allowed themselves to be labeled by Democrats and the media as the “heartless” party. I’m sure many Democrats know that Trump is by far the more competent and capable leader, but many have a stigma about voting for a Republican because they are still under the misconception that Democrats are out for the middle class and those who need assistance in society. Nothing could be further from the truth.

Just think of how many people would have been inclined to vote conservative in 2016 but didn’t because of uncertainty about Trump’s policies and personality. Yes, he has spent too much this term, but most of that has been to combat Covid-19. Otherwise, he stands for true conservative values more than any president in history. And the fact that he has not led us into any new wars and that he has limited, if not ended, our participation in other conflicts is beyond remarkable.

That’s in complete contrast to Biden, who, as vice-president to Obama, ramped up US military action around the globe between 2008-2016. These two liars-in-chief pledged to end America’s conflicts in Iraq and Afghanistan and to take the country off what Obama called a permanent war footing.

And what did they do in office? US military forces were at war for all eight years of their tenure and they launched airstrikes or military raids in at least seven countries: Afghanistan, Iraq, Syria, Libya, Yemen, Somalia and Pakistan. Bring our boys home? Yes, in body bags.

Another thing we all know is Biden will raise taxes on everyone as soon as he reverses Trump’s tax cuts. Income taxes will jump to Biden-Obama highs and your take-home pay will drop at the same time; prices on everything will skyrocket as Biden’s increased corporation taxes are passed through to consumers. Your spending money will be down, your costs up – think how this will affect your family.

If China had not unleashed the virus globally, this race would be a waste of time for everyone since Trump would win almost every state. Everyone needs to think back to December 2019. Things were so good in general that I just had this feeling that it was too good to be true. Then China attacked us with the virus and the Marxist Dems and the MSM joined in to make it tough for Trump. Despite all that, it appears that he is still going to prevail.

I am voting for President Trump because it would be financial and economic suicide to do otherwise. Banning fracking and ending the oil and gas industry, as Biden has promised to do, is 1929-type depression stuff. Nobody does well during an economic collapse – and that is what we will have with Biden. Guaranteed. $6 for a gallon of gas and $900-per-month home utilities. It’s economic suicide to vote for him.

If the Democrats win, if they take over, we can say goodbye to America. Oh, the United States will survive, but “America” will die.

The United States is a place, a geographical location.