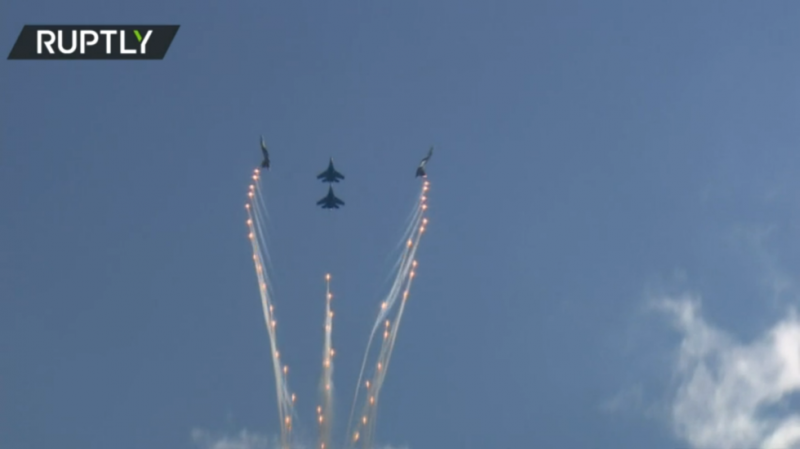 The aerobatics team, which marked its 30th anniversary earlier this year, took part in the biennial air show, which is taking place outside Moscow until July 25.

The Knights flew six Su-35S fighter jets in an extremely tight formation – with only a few feet separating each 25-ton aircraft – while the spectators cheered their performance.

The team flies regular, military-grade machines that had not undergone any specific modifications for aerobatics use, with only bright liveries in the colors of the Russian flag distinguishing them from the Air Force jets.

The Su-35S aircraft used by the team is a modern, heavily upgraded cousin of the iconic Su-27, which has been the workhorse of Russian frontline fighter aviation for decades.