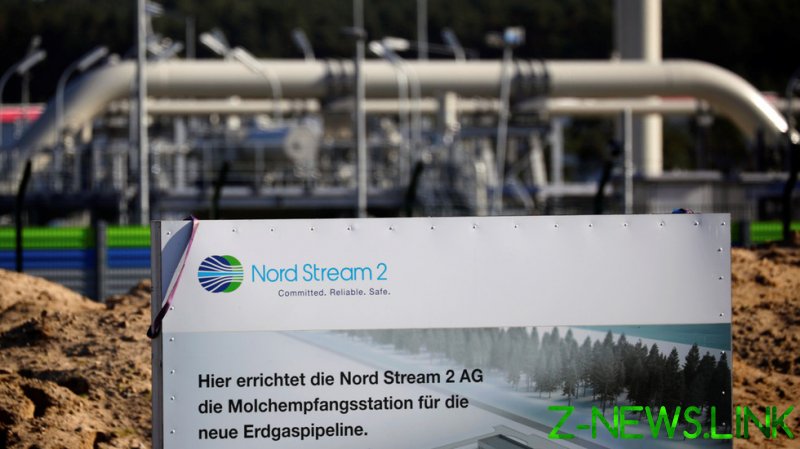 That’s according to Russia’s Ambassador to the US Anatoly Antonov, who has accused American officials of taking a confrontational stance towards his country over the Russian-backed gas link. In a statement issued on Thursday, he wrote that the new agreement, published by officials the day before, was based on “misunderstandings and political attacks on Russia.”

According to the ambassador, the “hostile tone” of the deal “fundamentally contradicts the spirit of the meeting between the two presidents last month in Geneva.” American leader Joe Biden met with his Russian counterpart, Vladimir Putin, for a crunch summit in June, with both sides praising the talks as constructive and positive.

Under the four-point plan announced on Wednesday, which will see America drop sanctions against Nord Stream 2, Germany and the US would invest in energy security and green energy in Ukraine and Europe and would back the “Three Seas Initiative” spearheaded by Poland and Croatia.

Berlin will also pledge to push Russia into extending the current gas pipeline arrangement with Ukraine, which provides Kiev with $3 billion in annual transit fees. The ongoing deal should be renewed until at least 2034, it states, and Berlin will back sanctions against Moscow if it commits “aggression” against Ukraine.

“Should Russia attempt to use energy as a weapon or commit further aggressive acts against Ukraine, Germany will take action at the national level and press for effective measures at the European level, including sanctions to limit Russian export capabilities to Europe in the energy sector,” an unnamed US State Department official told reporters on Thursday.

At the same time, the Kremlin revealed Putin had held a call with German Chancellor Angela Merkel, in which both leaders expressed their “satisfaction” that work on the pipeline was almost complete. Once operational, Nord Stream 2 will link the gas fields of Siberia to consumers in Western Europe via an underwater conduit through the Baltic Sea, which will make landfall in Germany.