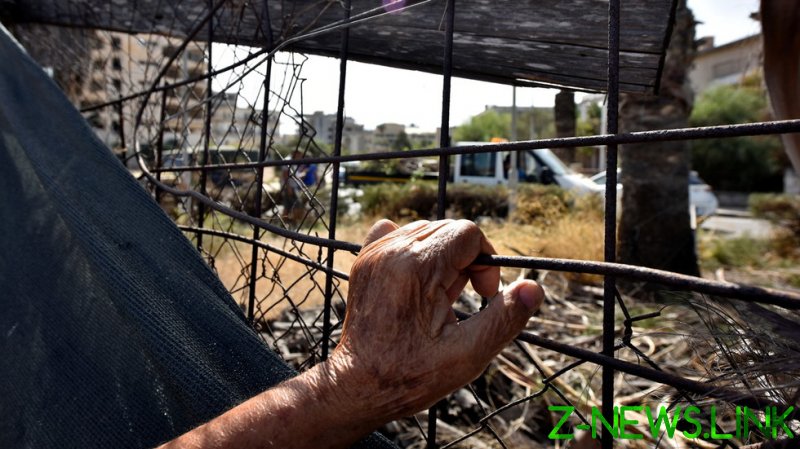 Sitting on the border between Greek and Turkish-held Cyprus, Varosha has remained abandoned since Turkish forces invaded the island in 1974 to stave off a Greek Cypriot coup. Though inside Turkish territory on the island, Varosha has served as a buffer between that territory and the Greek sector of the island, which is recognized internationally as Cyprus.

After a visit to the island’s divided capital of Nicosia a day earlier, Turkish President Recep Tayyip Erdogan declared on Wednesday that his government would only accept a two-state deal. “Now, the only demand of the Turkish Cypriots in international negotiations is the recognition of the status of a sovereign state,” he declared. “All offers other than this have expired.”

However, he can expect little to no international support. A senior US diplomat told Reuters shortly afterwards that Washington opposes such a deal, and Secretary of State Tony Blinken earlier condemned Turkey’s planned reopening of Varosha and called on Erdogan to reverse his decision.

European Commission President Ursula von der Leyen said earlier this month that the EU will “never, ever” accept a two-state solution. Turkey is presently the only country that recognizes the existence of the so-called Turkish Republic of Northern Cyprus (TRNC).

Varosha was once the hub of Cyprus’ tourism industry, and about 17,000 Gerek Cypriots lived there before the Turkish invasion. It has since remained cordoned-off by barricades and barbed wire, and patrolled by some of the 35,000 or so Turkish troops stationed in northern Cyprus. The UN’s position on Varosha is that it should fall under the control of international peacekeepers, until Cyprus can be reunited as a federation or a power sharing agreement is reached.

Though peace talks over the last two decades have occasionally shown signs of progress toward this end, relations between Greece, Turkey, and their respective allies on Cyprus have taken a nosedive in recent years, due to competing claims to the energy-rich waters around the island. Greece has repeatedly warned Turkey away from exploratory oil drilling in the area, which Ankara has ignored, while claiming its own territorial rights in the region.

“One way or another…we will carry out our oil exploration operations in the eastern Mediterranean, Cyprus, and all those seas,” Erdogan said earlier this month, despite opposition and threats of sanctions from the EU.