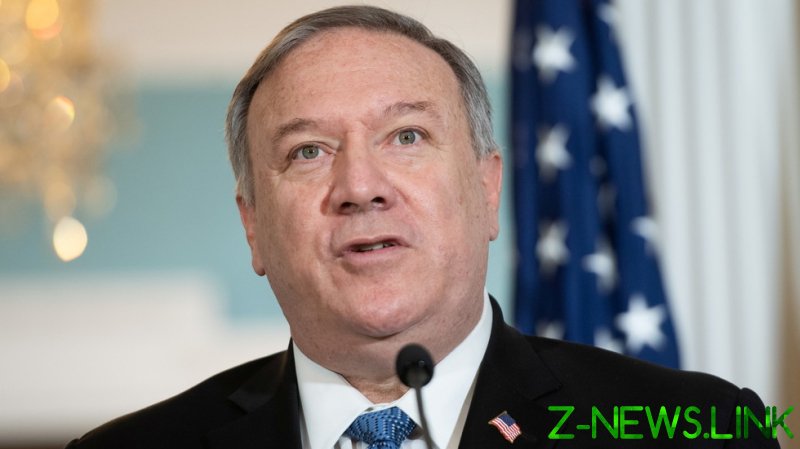 “Venezuela’s electoral fraud has already been committed. The results announced by the illegitimate Maduro regime will not reflect the will of the Venezuelan people,” Pompeo tweeted on Sunday.

Nicolas Maduro is expected to regain control of the National Assembly, as most candidates running are either allies or supporters of his government.

Current National Assembly speaker Juan Guaido said he did not trust that a fair and free election could be held with Maduro in power and encouraged citizens not to participate in the affair. Guaido’s term officially ends on January 5. He posted a video of an empty voting center to Twitter, retweeted by US Sen. Marco Rubio (R-Florida), on Sunday and called the election a “fraud.”

Guaido proclaimed himself ‘interim president’ in January 2019, and has been recognized as the country’s leader by the US and others in the West, despite the incumbent claiming victory in the 2018 election.

On Sunday, Maduro said that his country is “not anyone’s colony,” calling the election day “a day of rebellion and independence.” He denounced what he called “interference in [Venezuela’s] affairs.”

Pompeo’s condemnation of the country’s vote, however, comes amidst the US dealing with its own presidential election being contested by his boss, President Donald Trump. As the December 14 deadline for the Electoral College to officially cast their votes looms, Trump has continued to insist he won the election, while the electors are expected to confirm Democrat Joe Biden’s victory.

The president continues to allege voter fraud is behind Biden’s victory in swing states like Georgia and Pennsylvania, and his lawyers are seeking to have various states overturn their vote certifications.