United States of… Yugoslavia? Cartoon hints at next chapter of American civil war 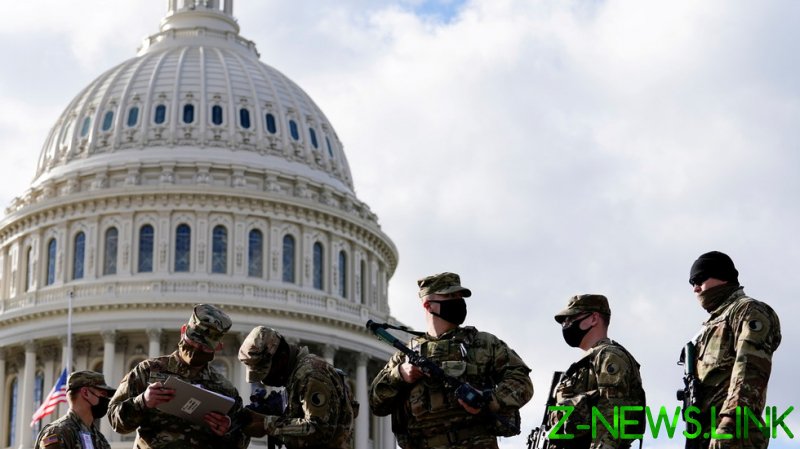 The chilling image appeared in the Washington Post on Sunday, showing the ethnically partitioned map of Bosnia-Herzegovina, and neighboring Serbia and Croatia – with the name “Yugoslavia” superimposed over the silhouette of the lower 48 states.

WaPo’s grayscale rendering doesn’t do justice to the original image, showing the divisions in vivid color. It turns out to have been published on July 10, authored by the political cartoonist Ratt for the leftist blog Crooks and Liars.

“The whole is less than the sum of its parts,” said the sub-headline on the original post. Hashtags used in the tweet were “partisanship” and “balkanization.”

At first I was confused. Have the Democrats at WaPo and Crooks and Liars finally come around to the realization that their policies are leading the US down the path of open, kinetic civil warfare? Have they heeded warnings from people like me, over the years, against just such a thing?

There are, after all, similarities between the present-day US and Yugoslavia circa 1990: iInflation and national debt spiraling out of control, belief in diversity as strength (“brotherhood and unity,” we called it in Yugoslavia) and insuring the equality of outcomes by treating groups differently (known as “equity” in the US), to name a few. Yugoslavia was held together by its political system, and once the people in power trampled it in the name of expediency, things went south, and fast.

Then I saw the first comment under the cartoon at Crooks and Liars: “Yep, the Republicans are the Serbs.” At which point I realized what it was supposed to mean. It wasn’t a warning or even introspection, but a foreshadowing of things to come.

What Ratt is saying, and WaPo seems to agree, is that the Democrats intend to treat the Republicans as the US has treated the Serbs in the Western narrative about Yugoslavia’s demise. The largest of Yugoslavia’s ethnic groups was blamed for its destruction and accused of starting genocidal wars in order to prevent others and their federal states from leaving and creating free, independent, democratic NATO futures for themselves. When the Serbs tried to object, they were placed under an international blockade and silenced – censored, banned, deplatformed, in modern parlance.

Every other group was allowed to make a claim to independence – including ethnic Albanians in Kosovo, who had no such right by either Yugoslav or international law – while Serbs living in the territories they claimed were declared outlaws and their right to self-determination deemed void. Eventually, this was enforced at gunpoint – or rather, by NATO bombs – in 1999, and sealed with a “color revolution” in 2000, just in case.

Arguably, the US has already gone through a civil war – a fifth-generation one, fought in the narrative space with most people entirely unaware of the fact – culminating in the “fortified” election of 2020 and the manufactured narrative of the January 6 Capitol “insurrection.”

At the time, it seemed to me that the war had been fought and won, delivering absolute power to the Democrats to transform the old constitutional republic into something they called Our Democracy. Ratt’s cartoon suggests they’re not done – and don’t intend to stop until the Republicans are dealt the same fate as Serbs: permanently relegated to second-class status, demonized as villains, and placed outside the law.

In a twisted sense, the cartoon amounts to confession through projection on the part of the Democrats, when it comes to the Yugoslavia narrative crafted mainly under the presidency of their hero Bill Clinton.

The irony is that many Republicans are actually behaving just like the Serb leadership in the crumbling Yugoslavia: refusing to believe there’s a war on, appealing to fairness and rules that have long been cast aside, and advocating a tactic of retreating and regrouping in their strongholds. The principal lesson of Yugoslavia – that these tactics don’t work and lead to disaster and defeat – eludes them, because they either don’t know anything about the conflict, or know only the distorted mainstream narrative.

With that narrative now being weaponized against them, perhaps they ought to question it more – and quickly, while they still can.