Home / WORLD / Turkey is straddling a fine line between being friend or foe to the US, EU, and NATO 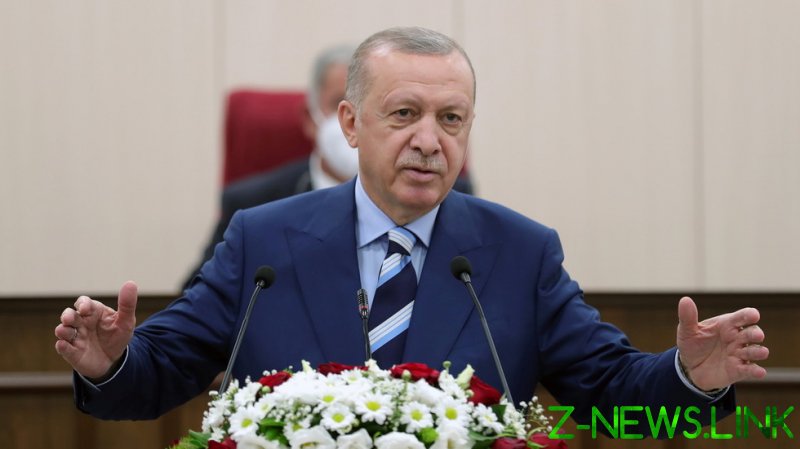 Turkey seems conflicted over which role it wants to play when it comes to its US, EU, and NATO allies. In June, Turkey offered to maintain its military presence in Afghanistan, currently consisting of a battalion of about 500 soldiers who secure and operate the military section of the Hamid Karzai International Airport in Kabul. Kabul airport is Afghanistan’s primary commercial airport. It also serves as a military base and is viewed as a critical piece of strategic infrastructure connecting Afghanistan to the rest of the world. Moreover, the airport is deemed critical to the logistical and security viability of the 600 US soldiers who are expected to remain in Kabul to secure the US embassy following the withdrawal of the US military mission in August. Turkey’s commitment to secure the airport is not free from risk. Indeed, it puts Turkey in the difficult position of souring decades of warm relations with the Afghan people, should the mission turn violent.

And earlier this month Turkey deployed a small Air Force detachment, consisting of four F-16 fighters and some 80 support personnel, to Malbork Air Base in northern Poland. This deployment, scheduled to last through mid-September, is Turkey’s second contribution to NATO’s Baltic Air Policing Mission. This posturing began in 2014 in response to Russia’s involvement in Crimea and the Donbass region of Ukraine. Ostensibly the deployment is designed to enhance cooperation and interoperability between Turkey and its NATO allies. The posture, in reality, is designed to deter Russian military aggression in the region.

But Turkey’s status as a NATO ally of good standing is suspect of late. Last year, the US imposed sanctions on parts of Turkey’s military procurement network in retaliation for their purchase of S-400 surface-to-air missiles from Russia. Turkey’s ongoing support for Libyan rebels opposed to the internationally recognized government of that nation put it on a collision course with the French Navy, which attempted to interdict what they claimed to be an illegal Turkish arms shipment in violation of UN resolutions. And Turkey’s decision to delineate a maritime border with Libya, thereby expanding Turkey’s territorial claims in the eastern Mediterranean Sea, have put it at odds with the European Union, and other littoral nations of the Med, when it comes to divvying up the considerable oil and gas reserves believed to located beneath the waters.

It is through this kaleidoscope of competing motivations and actions that Turkey’s most recent provocation, involving statements made by Turkish President Recep Erdogan during a recent visit to Nicosia, the divided capital of Cyprus, must be viewed and assessed. While in Nicosia to mark the 47th anniversary of the Turkish invasion and occupation of northern Cyprus, Erdogan announced that peace talks on the island could only take place between the “two states” which claim territory on the island, and that the involvement of the United Nations had, therefore, run its course.

Cyprus is divided between the majority-Greek, internationally recognized Republic of Cyprus (ROC) and the self-proclaimed, majority-Turkish Republic of Northern Cyprus (RNC), whose existence is recognized only by Turkey. Erdogan’s announcement was made during a controversial visit to the suburb of Varosha, part of the Cypriot city of Famagusta, which was occupied and sealed off by the Turkish military in July and August of 1974.

During his visit, Erdogan stated that he would seek to open Varosha to development by the RNC, an action which would violate existing UN resolutions calling for the negotiated reunification of occupied Cyprus. The Turkish efforts to reopen Varosha are the most recent in a series of events designed to enhance the independence of the RNC. Turkey has used the territorial claims of the RNC to assert its sovereignty over the energy-rich waters surrounding Cyprus, and by extension the eastern Mediterranean Sea. Earlier this month, Erdogan announced Turkey’s intention to continue its efforts to explore for oil and gas deposits in the region, despite firm opposition to those efforts by Greece, the EU, and the US.

The Turkish actions regarding Cyprus come at a time when the security cooperation between the US and the ROC was expanding in the aftermath of the signing into law, in December 2019, of the Eastern Mediterranean Security and Energy Partnership Act of 2019, designed to counter what the US State Department branded “Russia’s malign influence in the region.” While there is little chance of Turkey and the US coming to blows over Cyprus, the Turkish actions only reinforce the impasse that took place during the June meeting of Erdogan and US President Joe Biden during the NATO summit, where the two leaders were unable to reach any common ground on the myriad issues that divide their two countries.

How long the Jekyll and Hyde nature of Turkish relations with the US, EU, and NATO can continue is anyone’s guess. But so long as the geopolitical interests of Turkey clash with its perceived role as a source of regional strength and security for NATO and the EU, then this complicated blend of friend and foe will continue to exist. This suggests that Turkey’s ability to irritate its regional partners through unilateral actions are, for the moment, offset by its strategic role in securing NATO’s volatile southern flank. But in this ever changing world, nothing lasts forever.

Tags being between friend straddling Turkey