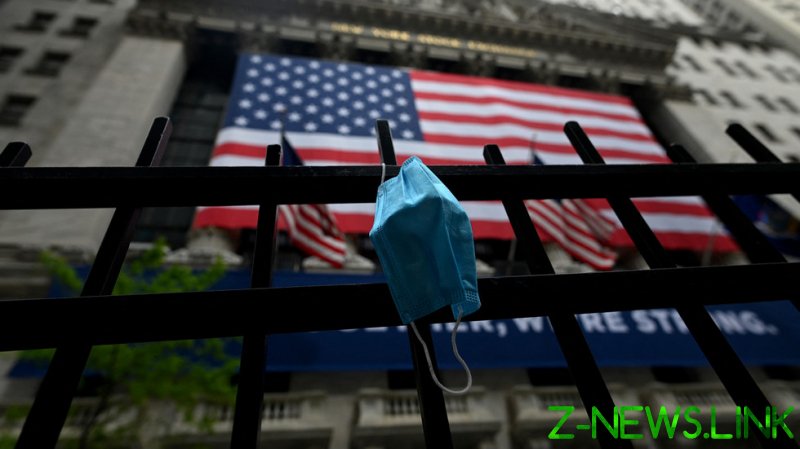 I put it to you, dear reader, that if most Americans right now avoided any news reports or social media entirely, they would have no way of knowing Covid-19 still exists. It is so entirely removed from operational daily life in the US.

That person might wonder what’s up when spotting the occasional mask. They could read a sign on a restaurant’s front door asking non-vaccinated people to wear such a mask. Still, with the exception of public transportation on which federal mandates demand face coverings, the visual cues of the coronavirus have largely vanished from daily affairs.

This is not to say Covid-19 doesn’t still exist as a health concern. If you’re one of the conservative conspiracy drones insisting it never existed because you found the one ‘doctor’ who scrawled that drivel on a wall in his own bodily leavings, you’d save time by discontinuing this read in favor of looking up ‘confirmation bias’.

If you’re one of those bold progressives who still obsesses over the disease, or – more importantly – wants everyone to know how much you obsess over it, climb out of the hazmat suit you only wear in public, take off your ‘tax the rich’-emblazoned, hemp fiber face mask and stop reading in favor of looking up ‘paranoid narcissist.’

For the rest of us, there are still cases of the virus in play and people recovering from infection at home and in the hospital. Still, we see no mention of death counts or overflowing ICUs because, as this writer has said more times than he’s had swabs jammed up his nose to pass international travel tests – holding at 18 for now – the virus is serious, but very manageable.

The general population realizes Covid-19 still exists. They know, in one form or another, it will always exist. Viruses don’t die easily – especially if they evolved with or were created with the ability to mutate. However, settling in with the certainty that there will always be some form of the coronavirus with them on Earth, the majority of the American people are learning to live with it.

Most are vaccinated, so their chances of becoming seriously ill with the disease are greatly reduced. Some turned down the jab, but live with the virus in mind – perhaps masking up around big groups, if that makes them more comfortable. Still, none of the above hides in their panic rooms at home. They don’t wear 206 face coverings when they’re out alone on a sunny day to make sure the world notes how socially aware they are. They don’t heed the droning machinations of local, state and federal health experts and live so ordered. Most importantly, they realized epidemiology ranks just above astrology and just below phrenology on the list of effective sciences.

At some point since March last year, the vast swath of the American public realized there’s only so much a functioning society can do to fend off an illness. Once that benchmark is met, functioning takes precedence over fear of the illness.

This peaceful brand of viral acceptance took hold gradually over the last few months and began to settle in even before the majority of citizens got vaccinated. While sensible folks weren’t rushing out and licking Petri dishes in defiance, they also came to understand that, at some point, you simply have to get back to living and accept that day-to-day activity includes some amount of inherent risk.

It also helped that it became very clear to everyone but health officials months into the pandemic that Covid-19 was really a serious risk to a very small percentage of the population – but let’s trash that broken record.

In years to come, I hope political theorists and sociologists will examine how something as apolitical as a virus – it didn’t register as Democrat or Republican, I checked – became such a wide minefield on both sides of the aisle. Still, while the Right tended to discount Covid-19 too quickly as an inconvenience, that view is much more in the mainstream in autumn 2021. Panic was never helpful and certainly isn’t necessary now.

The voices of power on the Left had the sky falling almost from day one, seizing on the virus as a way to demonstrate their boundless compassion, and assumed intellectual superiority. It also was a ticket to their ultimate opioid fix – control over other people’s lives. Nothing enables easy, unquestioned restrictions like fear. Now, we see progressive authorities clinging to the virus both to give them something to wring their pale, callus-free hands over – and to give them an excuse to retain their asserted moral authority.

Again, for those with a need for control and an inbuilt suspension of individuality, Covid-19 was a divine wind. They welcome it. They root for it. As long as they refuse to join the majority of Americans conducting themselves as though they’ve done all they can to coexist with and move beyond the virus, they will live in their own little prison of belief – unable to let go of Covid because it just proved so damn useful. We should leave them locked inside, as they seem to like it in there.

We’re left with the strange image of the majority of the American public on one side of the room, and the combined clown troupe of major media pundits and attention-starved health big shots on the other. The functioning public gets about the business of working, learning, traveling, recreating and generally living with the virus in play. While they make that choice, they look over their shoulders at the circus denizens huddled together, lauding each other’s enlightenment with frightened, though earnest gazes and compassionate head tilts.

Picture it. Look at them over there. Maybe, instead of treating their obsessive theatrics, well-fed anxiety and crippling obedience with fatigue and disgust, we should pity them. At this point, the only lives they’re able to ruin are their own.