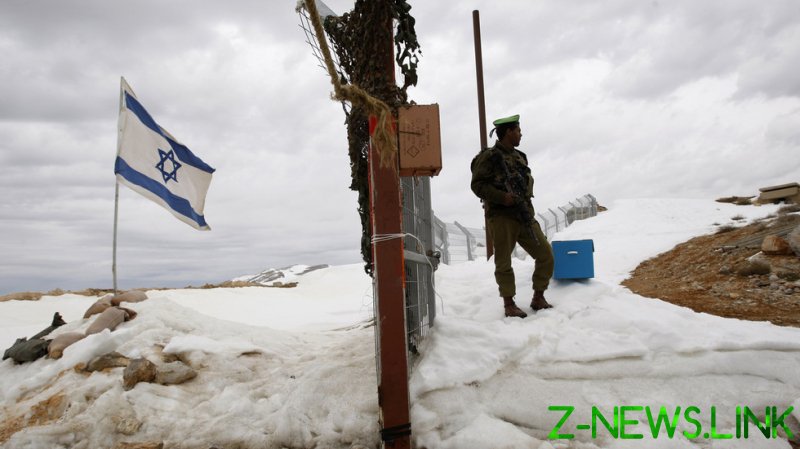 The US and its allies have led the charge in the UN to condemn Moscow for the 2014 move that saw it reassert its historic control over the disputed peninsula. A measure that clearly had the support of an overwhelming majority of locals, which has been proven by subsequent American and German polling.

At the same time, though, it has turned a deaf ear towards that same body’s criticism of Israel’s annexation of the Golan Heights, internationally recognized as Syrian territory. One gets sanctions, the other gets support.

Special treatment for the US’s top ally in the Middle East seems to be immune to the ebbs and flows of domestic politics. Then-president Donald Trump officially endorsed Israeli control over the mountainous region in a dramatic move in 2019. Since this though, President Joe Biden’s secretary of state, Antony Blinken, has effectively defended that decision, making it clear there will be no U-turn in policy. “As a practical matter, the control of the Golan in that situation I think remains of real importance to Israel’s security,” Blinken told CNN earlier this year.

In 1981, the Golan Heights were annexed and many inhabitants of the region to this day reject the citizenship of the occupier. Peace talks have failed and the Israelis have made it clear that they won’t be giving up any of their claims in the area. These are the actions of an American ally in one of the world’s most volatile regions.

International Law, specifically the Fourth Geneva Convention of 1949, clearly states that countries cannot continue to occupy territory seized as a result of war. For its part, Syria has made it clear that any attempts at a peace deal would be unthinkable as long as the Golan remains occupied, and talks have stalled for a decade.

Crimea, on the other hand, couldn’t be a more different situation. Historically a part of the Russian empire, the peninsula was signed over to Kiev by Soviet Premier Nikita Khrushchev, who partly grew up in Eastern Ukraine, at a time when such land exchanges were a mere technicality and internal borders simply didn’t exist.

Largely ethnically Russian, its population saw the tumult of the 2014 Maidan with fear and anxiety. After a referendum, which most countries of the world refuse to acknowledge as legitimate, 96% of voters backed reintegration with Russia. A 2019 poll, cited by The Washington Post, found that over four-fifths of locals still backed the link up with Moscow, with even a majority of ethnic Tatars approving.

The, clearly false, idea that the indigenous Tatars are supposedly against Russian rule is the cornerstone of Kiev’s propaganda pushback.

In addition, the UN Security Council failed to pass a resolution deeming the referendum invalid after Russia, which holds a permanent seat on the committee, vetoed it. While that is well within the existing structures of international law, the US and its partners instead backed a non-binding resolution expressing dissatisfaction over the situation and the belief that Crimea is Ukrainian.

Both the Black Sea peninsula and the Golan Heights, it is fair to say, have proven controversial in the international arena. What is clear though is that the US has picked sides, using the allegations against Russia as cloud cover for conflict and sanctions, while effectively ignoring those against Israel.

Hypocrisy, it seems, is something that has permeated and continues to permeate American foreign policy and diplomacy. The US cannot look its own people in the eyes – or Ukrainians, or Russians, for that matter – and say it stands for justice, freedom and the rule of law when it exercises these double standards across the world. Its cynicism reveals a shameless and voracious desire to advance its goals, even when there are no moral or legal grounds to do so.

And this isn’t just a problem for Washington. Although the EU has made it clear it doesn’t support Israel’s presence in the Golan Heights, there have been no sanctions and no major condemnations. Yet, the second Russia had signed into law Crimea’s status as a federal subject, bureaucrats were dusting off their fountain pens and preparing to sign tough measures into law to punish Moscow.

This policy of both having cake and eating it too seems to be working back home. Despite the clear duplicity, it is anti-Russian sentiment – not anti-Israeli – that predominates in America’s political and media institutions. So much so that many would not even come to question the favoritism being shown to a trusted American ally despite the legal implications.

As a world power, the US has an obligation to contribute positively on the world stage – not simply achieve its foreign policy goals at any cost. Hypocrisy undermines its ability to do so. Unfortunately, with American self-interest on the up and self-awareness at all-time lows, the international community may have to wait a while.