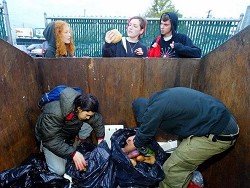 The financial situation of Russian households continues to roll down the ramp, despite the end of the period non-working days and promised government payouts for the unemployed and families with children, according to Finans.ru.

By the end of may the amount of “free money” in the hands of the average Russian household has decreased by 6.3% relative to April, while in annual terms fell by 39.4%, showed the research of holding “ROMIR”.

Free money — the amount that remains after all mandatory expenses, including the purchase of food, payment of utility bills, transport and communications. In may 2020, the estimated “romira”, it was 17.7 thousand rubles that became “the lowest value for that month over the entire observed history”.

It is money that can be deposited in the form of savings, or spent on the payment of loans, purchase of durables, other major purchases, education, medicine, entertainment, or recreation.

The crisis in the wallets worsened even despite the fact that in may began the lifting of quarantine measures and the gradual recovery of economic activity. “There is a significant risk that even after the removal of all restrictions to the welfare of citizens will be at a lower level than before the epidemic COVID-19 and lower prices for oil” — experts of “romira”.

The epicenter of the crisis, incomes have become a colony of Moscow, where wages are low and employment opportunities — scarce. In cities with a population of 500 thousand people, the amount of “free money” and consumers have fallen almost in 2 times year-on-year (-47,9%). In the cities families have lost an average of every third ruble of free money (-35,2%) and medium cities (0.5-1 mln inhabitants) — every fourth (-26,6%).

Rosstat data about the level of life, available now only in April did not fix significant problems.

At year-end the decline of income might be double-digit and more than tripled to exceed the forecast of economic development.