Home / business / The situation in the ATO: wounded soldier APU

The situation in the ATO: wounded soldier APU 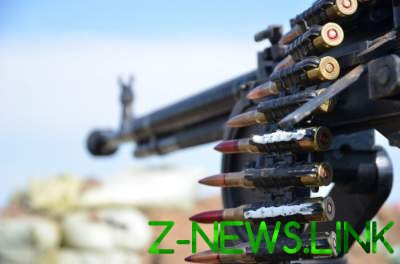 The ATO headquarters reported about the turbulent situation in the Donbass.

On Sunday, the militants violated ceasefire 5 times, one Ukrainian soldier was injured. On the evening of October 22 reported in the press center of staff ATO.

“The militants used small arms and grenade launchers, were shelling near Avdiivka.

“On Donetsk the direction, opened fire on the fortifications of the ATO forces near the settlement Quiet. In response to the APU used small arms to kill”, – reported in the headquarters.

As a result of opposition one Ukrainian soldier was injured.

On Lugansk the direction fighters were beaten twice from automatic grenade launchers near the village of Lugansk. In the seaside area of the fire from the NPF was conducted at Water.