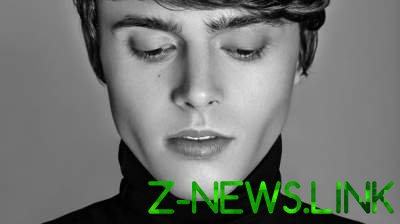 Famous singer ALEKSEEV began work on his second solo album, the first song which was the song “Forever”.

In the last month of autumn ALEKSEEV has pleased fans with the premiere of song of deep sincere feelings. The new single “Forever” singer, who has previously always avoided the subject of personal life, shares with listeners what is happening in his soul.

“This song is a Declaration of love. And I hope the girl I dedicate to her, to feel the same way,” commented ALEKSEEV. It is reported by the Chronicle.Info with reference for Today.

Single release from the artist, made possible thanks to one of his admirers. After the recital, in which ALEKSEEV performed a live version of the song “Forever,” the singer read in their social networks review of the girl who got in trouble. She admitted she had lost faith in himself, and the song “Forever” is helping her to fight for a place in life, to cope emotionally and not to give up in a difficult situation, healing mentally, despite the physical pain, and inspires faith in the best. So, a touching story of a girl who was decisive in the choice of a new single.

“Forever” is the second single by ALEKSEEV, written by Kirill Pavlov – a year ago, Pavlov gave the performer the song “Oceans of steel”. “Forever” is the first song that will be included in the new, second, album ALEKSEEV.