The defense Ministry praised the morale of bozov APU 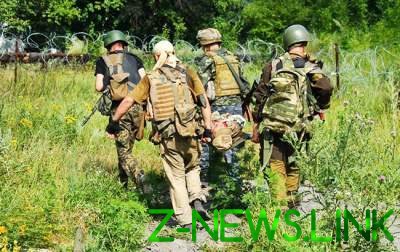 The morale of the personnel of the APU fighters is high

The morale of personnel and readiness of the Ukrainian military to perform tasks, including in the areas of the antiterrorist operation (ATO), are at a high level and increased compared to year 2016. This was announced by the chief of the moral-psychological support of the Armed forces of Ukraine the General-the major Oleg Gruntkowski.

“Compared with the year 2016, managed to improve the morale and status of military discipline, especially in military units that perform tasks in the areas of ATO. Today, more than 75% of soldiers perceived themselves as fully ready to perform the task, 81% of respondents indicated unconditional trust to direct commanders,” said Gronkowski.

He also said that the positive trends during the year was reflected in the reduction in the number of accidents and violations of discipline in the army 9%.

In addition, thanks to the dedicated efforts of all the military authorities within 2017 30% decrease in the number of traffic accidents involving military personnel.