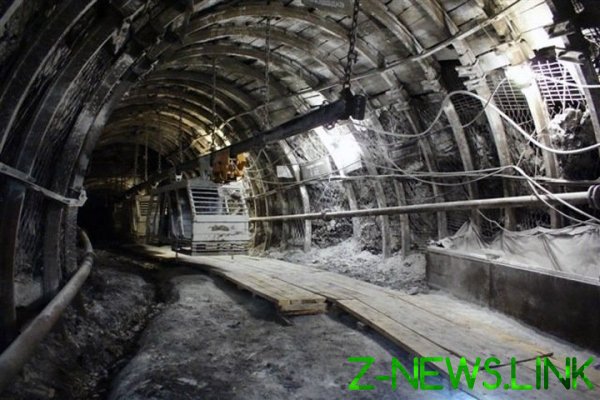 Half of the workers of the mine “Alexis” will be reduced in March. Until the end of April may lose their jobs employees of Zarechnoe and shakhtouchastok “October”. In total we are talking about more than 2.5 thousand people. In addition to the social tensions it can cause technological problems at other companies.

Until March 24 at the mine “Alexis” will be reduced to about 350 people — half of all mine workers, sources said Taiga.info on the company. The remaining miners will prepare the mine to conservation, “permacity” (to pour concrete) flanking the roadway, where a month ago there was a spontaneous combustion of the seam and to raise to the surface treatment plant. Expensive equipment was the “push” after dozens of miners, without waiting for payment of arrears of salary, written notifications under article 142 of the LC RF.

On assurances of workers they had previously offered the leadership of the mine, to be allowed to protect the harvester, until they had left jobs, but they have not provided the necessary materials. According to sources of the Taiga.info, March 20 miners departed for 142 minutes, I asked to go to work.

Businesses themselves will be transferred to the balance of the administration of Polysaevskaja city district for subsequent disposal or preservation. For this procedure, according to some calculations, will need a little more than 3 billion of budget funds (in own revenues of the municipal budget polysaevo not more than 300 million rubles, 70% of which is tax personal income tax paid by the mine “Zarechnaya”).

All mine polysaevo and almost all Leninsk-Kuznetskiy are on the same geological coal seams. Above all — mine “Siberian”, it shakhtouchastok “October”, “Zarichne”, “Polysaevskaya” mine “Komsomolets” mine them. November 7, mine named after S. M. Kirov. The mine “Oktyabrskaya” was called the tower of the Lenin mine. According to the JSC Zarechnoye, between all of these companies have confirmed the hydrological connection. The inflow of water coming through shakhtouchastok “October”, an average of 2 million cubic meters of water per hour during high water and 4.5 million cubic meters of water per hour.

“If you stop pumping water on shakhtouchastok, after 38 days start to heat a little already mine “Polysaevskaya” technological wells. That is, two months at risk of flooding will be all of the above mines. You will need to make an emergency high-cost measures for the organization of pumping water,” — said the source of the Taiga.info.

Mine “Zarechnaya”, “Alexis” and shakhtouchastok “Oktyabrskaya”, located in the city of polysaevo in the village of Krasnoyarka Leninsk-Kuznetsk district, was part of the UK “Zarechnaya”. Its principal owner was Moscow OOO “Interconsulting” belonging, according to the service “Contour-Focus”, Egor Kudashova, Alexander Budnikova, Paul Kosinov and Viktor Nusenkis. At the end of 2018, the court found untenable the criminal code “Nina”. The property companies several times unsuccessfully put up for auction.