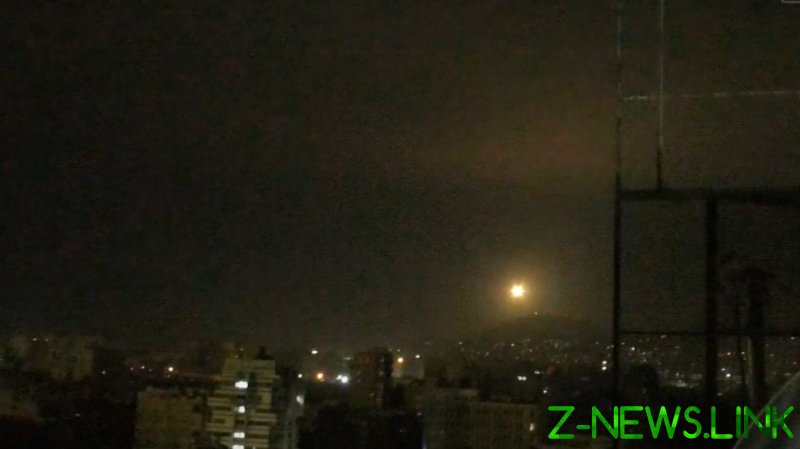 The strikes came early on Thursday morning in the area around the Syrian capital, according to the Syrian Arab News Agency, reportedly targeting military sites near the town of al-Kisweh, located some 18 miles (30km) south of Damascus.

“At exactly 11:10pm, the Israeli enemy carried out an air aggression through bursts of missiles from the direction of the occupied Syrian Golan on some targets in the southern region,” a military source told SANA on condition of anonymity.

Rocket blasts also struck near the town of al-Dimas, west of Damascus, according to the Times of Israel.

Videos of the attack have circulated online, with SANA publishing footage purporting to show the country’s air defenses engaging the projectiles, lighting up the night sky.

The Israeli rocket strikes come after a similar attack on the outskirts of Damascus left one Syrian soldier dead last week, wounding three others. Though the Israeli Defense Forces rarely confirm such attacks, Prime Minister Benjamin Netanyahu has previously acknowledged that Tel Aviv has carried out “hundreds” of strikes on the country, arguing they deter “aggression” from Iranian military units stationed there to assist Damascus in its years-long fight against armed rebel groups.