Home / Video news / Snowden showed how to protect himself from the attackers behind. Video

Snowden showed how to protect himself from the attackers behind. Video 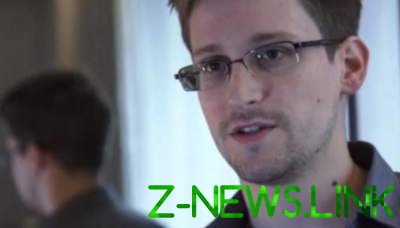 Former CIA and national security Agency USA Edward Snowden has submitted an application Haven to protect smartphones from attacks of attackers behind.

“Edward Snowden in a video message introduced a new program called Haven, which he helped to create. The app’s goal is to protect the laptops from physical interference”.

Snowden explained that the Haven program is open source, designed for human rights defenders and those who are in danger. In order to detect any suspicious changes in the room, it uses the sensors of the smartphone: accelerometer (tracks the movement and vibrations of the device), camera, microphone, sensor external lighting. Also, the application can analyze a dramatic loss of power the phone.

The app was developed with the participation of the Foundation of press freedom and The Guardian. The public met him controversial: some saw that as an opportunity to protect yourself and others saying you don’t trust Snowden.

Free program Haven is already available in Google Play. It has installed more than 50 thousand people.

A former NSA programmer Edward Snowden in 2013 lives in Russia where he was granted asylum. In the US he could face punishment on charges of treason because he leaked secret information about the work of the NSA.