Home / Laptops / Smartphone OnePlus 6T will get the unibrow smaller

Smartphone OnePlus 6T will get the unibrow smaller

The network has posted renders of one of the prototypes of the smartphone OnePlus 6T based on the current flagship, the OnePlus 6. The differences will relate primarily to monobrow – it will become noticeably smaller and change the shape to a keyhole, but it will be, shall we say, borrowing ideas from other Chinese. 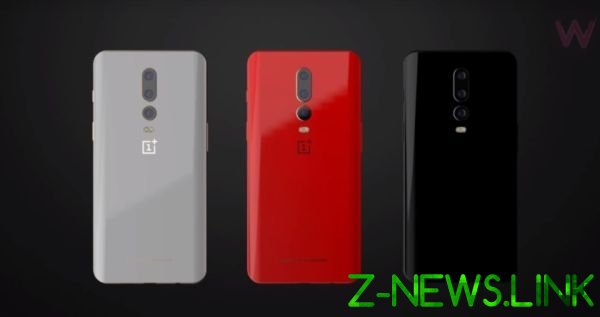 Exactly the same design of the front panel got shown yesterday the Oppo R17, so it is likely that the appearance OnePlus 6T will be fully copied with it. The cut screen is placed front facing camera and fingerprint scanner will be removed from the rear panel and inserted directly into the screen. However, while it is only a concept, but the probability that the outcome of the OnePlus 6T will look exactly much different from zero.

As usual, we’ll know everything very soon, so between releases of flagship and T-versions from OnePlus is not more than six months. And since OnePlus 6 showed in may, you can expect his successor in October of the current year. According to rumors, in addition to the screen, the smartphone will change the processor on Qualcomm’s 855, and other changes will not be – we will have to wait all the same 6 or 8 gigabytes of RAM and built-in storage device 64, 128 or 256 gigabytes. The main competitor of OnePlus 6T will be a Xiaomi Mi 3 Mix with a retractable camera, the announcement of which is scheduled for next month.