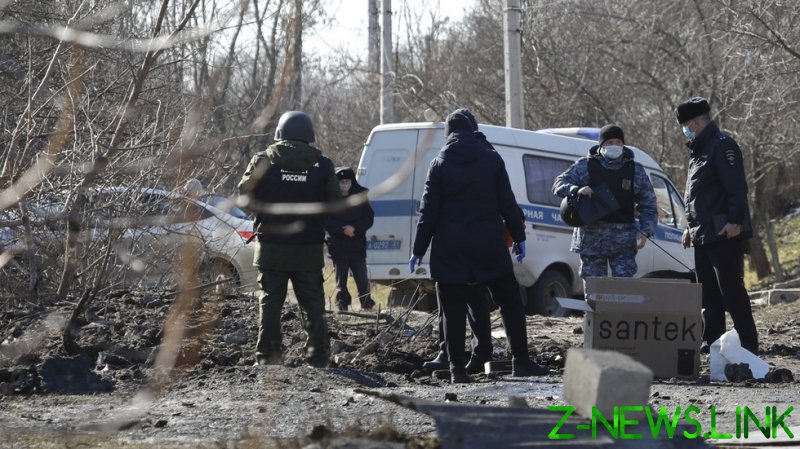 A shell delivered from Ukraine has exploded in the Belgorod region of Russia, resulting in injuries, the governor of the border region, Vyacheslav Gladkov, claimed on Wednesday.

The area is relatively close to Kharkov, the second largest Ukrainian city.

In a statement on Telegram, the governor said that “there was a shot from Ukraine,” which exploded in a a village. The injured people “are getting all the help they need,” and the details regarding their condition will be released later.

“For the safety of the residents of Zhuravlyovka and Nekhoteevka, the administration of the Belgorod district has introduced a state of emergency in these two villages,” he wrote.

Responding to the incident, the chairman of the Russian Investigative Committee, Alexander Bastrykin, instructed his subordinates to “carefully investigate the circumstances of the incident, taking exhaustive measures to identify all those responsible.”

Wednesday’s incident is not the first time the residents of a Russian region have been affected by the ongoing military action in Ukraine.

On February 24, the day Moscow launched its offensive in the neighboring country, seven houses and one car were damaged in the Belgorod region during explosions, which, according to the Investigative Committee, were the result “of the shelling of the Belgorod region’s territory by the military personnel of the Armed Forces of Ukraine.”

Three people, including one child, suffered injuries which prompted the committee to initiate a criminal case “on the fact of the attempted murder of two or more people.”

Three days later, two shells, which, according to Russian investigators, were fired by Ukrainian security forces, fell in an open area in the village of Nekhoteevka, with no injuries or damage reported.