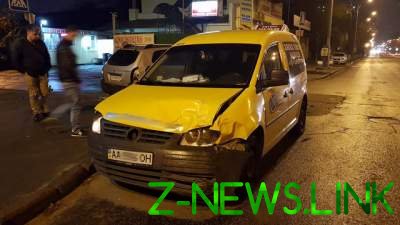 The accident occurred through the fault of the driver of the Hyundai, “prune” taxi, which drove mother with three children.

In Kiev at the Lobanovsky Avenue, 40 faced two cars, a Volkswagen and Hyundai. In the accident suffered two children.

Previously, the driver of the Hyundai turned sharply to the right with the middle row and “clipped” taxi Volkswagen, which moved down the lane for public transport, where were your children and their parents.

As a result of the strike injured two children born in 2013 who were in a taxi.

At the scene worked as patrol police, ambulance, investigative team.

We will remind, earlier in Kiev four cars “played dominoes”. It is reported that faced four cars: Mercedes, BMW, Mazda, Peugeot. Fortunately, has done without victims.

Previously, the cause of the collision was not the observance of speed limits and distance. Now victims expect police patrol. Because of the accident the big stopper was formed. 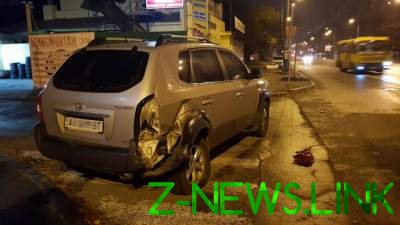 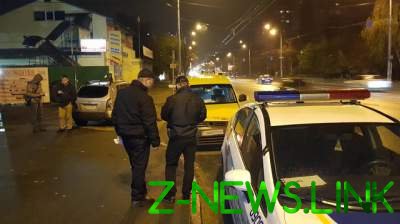