Why buy a USB stick? In order to have a convenient means of transferring information, and not to carry bulky hard drives and not to use the clouds – it is not for everyone. 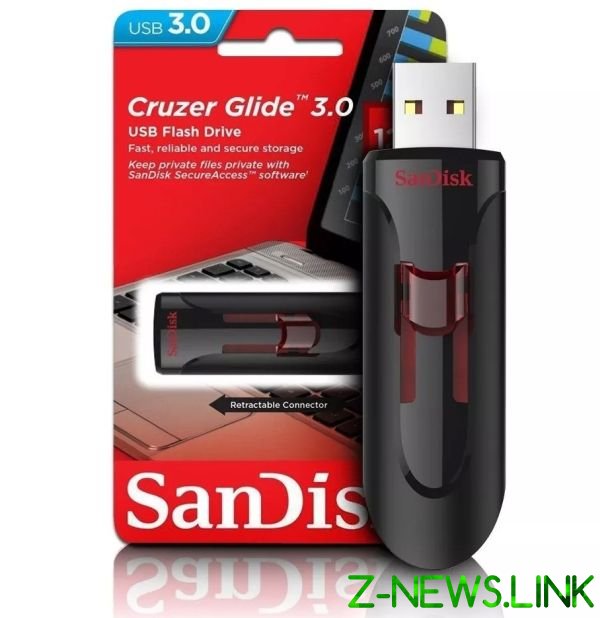 But the stick, too, are different, first and foremost, they differ in the ease of use in terms of size. Very few people want to spend hours looking for a tiny drive the size of a fingernail or work with USB drives especially large sizes. USB flash drive SanDisk Cruzer Glide 3.0 in this plan is optimal – it is big enough not to lose her, and at the same time, moderately compact. And Yes, it is sold in Russia, though in several modifications with different capacity. In our case, the capacity was 16 GB. 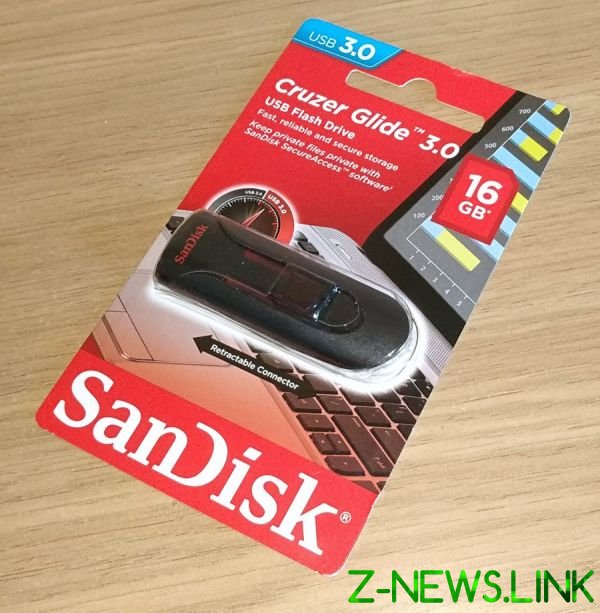 In comparison with most other USB drives packing SanDisk Cruzer Glide 3.0 is very small, which means it uses less cardboard, which has a positive impact on the reduction of harm caused to the environment due to deforestation. At the same time it has all the necessary user information, and more.

The drive can be seen immediately – it is placed in a bath of transparent plastic material, and immediately set its par amount. 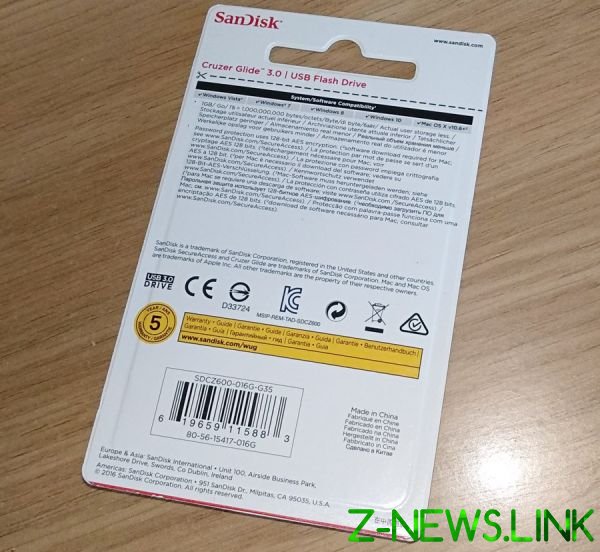 The front side also shows a lack of a cap covering the connector – it uses the body slider that is written in very large letters. The manufacturer didn’t forget to hint on an increased speed of work, noting the presence of the interface USB 3.0. It’s true – flash is very fast, and below we give a proof.

The back of the packaging contains only technical information and warranty terms. Information given in a number of languages, and into Russian she also translated. 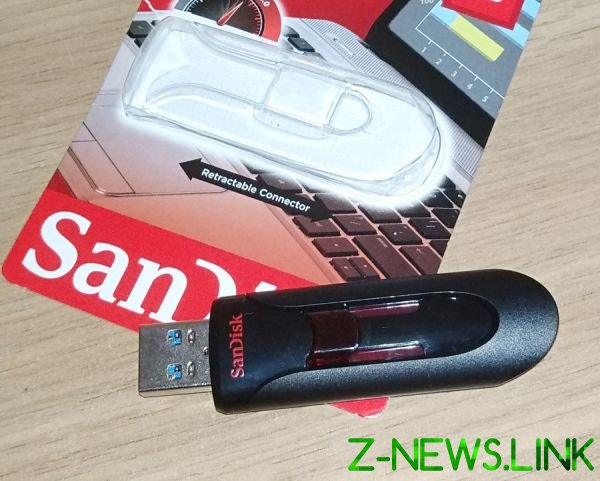 SanDisk Cruzer Glide 3.0 is made in the body of matte plastic of black color with a large glossy panel at the top. The slider is also glossy, but, first, not black, but dark red, and secondly, it is translucent. The top is also present bright red logo of the manufacturer.

On the bottom are the technical details – capacity, model, and serial number. Also, there are a series of icons, indicating that in the case of disposal of the drive should be disposed of in the trash – it should be recycled. It is also a concern for the environment. 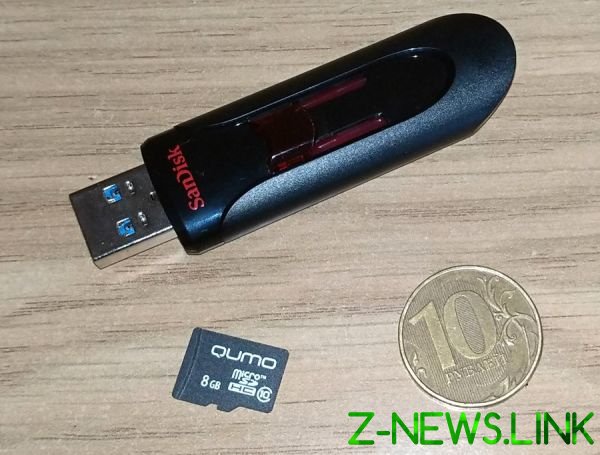 Case SanDisk Cruzer Glide 3.0 is not only matte, but also slightly rough – due to this it is pleasant to the touch and won’t slip out of hands, besides he is also not easily soiled – fingerprints are not visible. The same cannot be said about the glossy box – it traces remain in touch immediately. 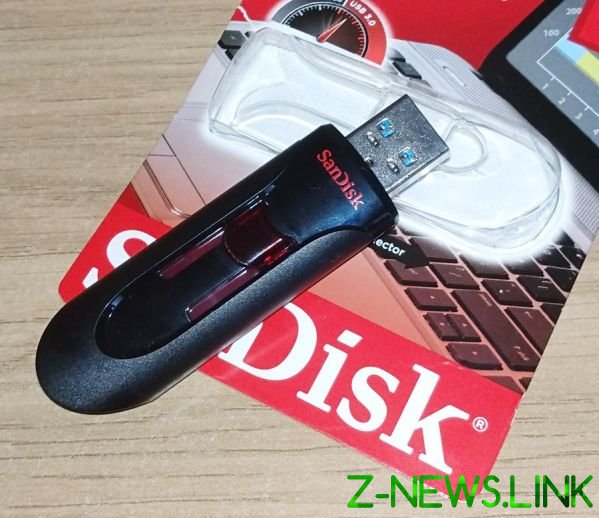 The slider glides easily and silently, but does not have a clear tactile feedback when locking in open and closed positions. Clicks it also not emits that initially gives reason to doubt the reliability of the design. But, really, no problem with him not there – the connector is very firmly fixed in both positions, and even if the force to push him back in case he can’t hide. In the closed state of the connector does not stick out from the body a single millimeter, which prevents accidental damage by jam the metal elements. 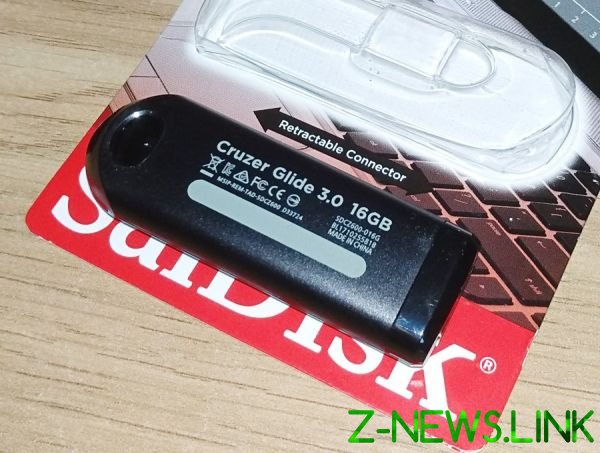 Pressing on the case plastic is not prominaetsya, no crackles audible. The Assembly of the drive is excellent, the mechanism inside is not loose and does not rattle. When you connect to a computer or laptop light up violet-blue led shines as it is not a floodlight but bright enough to see it. In idle it burns with the effect of periodic decay, which adds to the drive’s aesthetics. 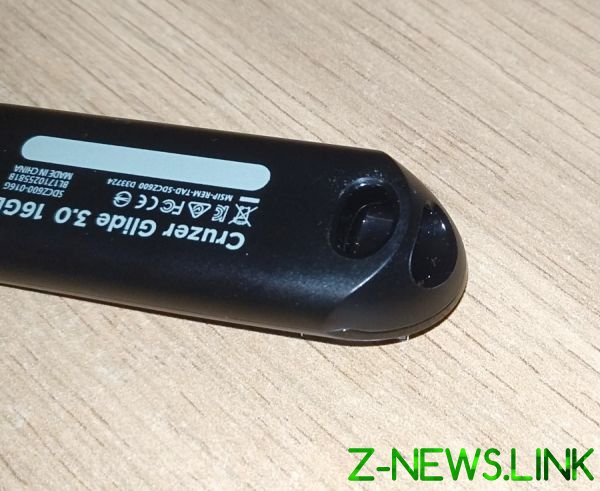 In the opposite from the connector end of the body has an eyelet for hanging the stick, for example, on a ring with keys. The hole itself is quite large, allowing you to do the mount without any additional strings or laces. The walls of the eyelets are sturdy and without due diligence on the part of the owner just will not break. In short, SanDisk is very compact and reliable drive. 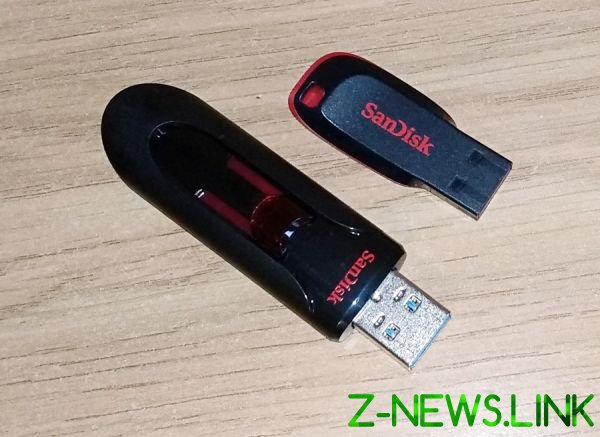