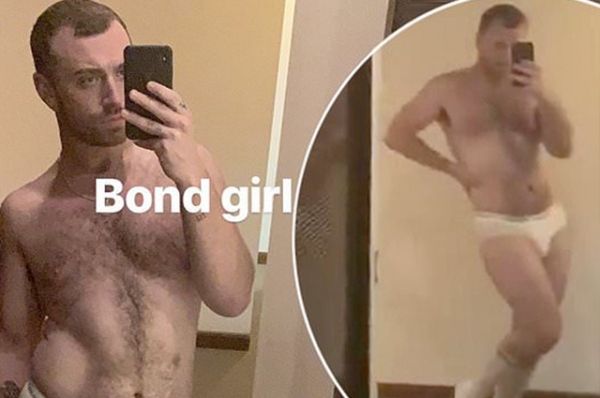 On Monday, the 26-year-old Sam Smith has shared with her fans on Instagram a series of photos with no shirt on, admitting that he “finally made friends” with its “swollen body”. The singer, who promotes bodypositive has also posted a video footage, dancing in front of the mirror to the song OMG Camila Cabello and Sorry Not Sorry demi Lovato. He urged his followers to join him.

Recall Smith in early March, told about their gender. The winner of the prestigious award “Grammy” admitted in a new Instagram show Jamil Addition that does not belong to men or to women, noting that “floats somewhere in the middle.” He also said that in 12 years he had to do liposuction and since then he’s “struggling with your body”:

As a child I was very chubby. Every year became worse and worse, my Breasts were big. When I turned 11, I went to the doctor. I was so shy that it affected my mood every day. At 12 I had liposuction. I was so glad of that. Although in reality it changed nothing. I gained the weight back in just two weeks, because I couldn’t properly build a diet. But to be 12-year-old child and to do liposuction is very difficult. 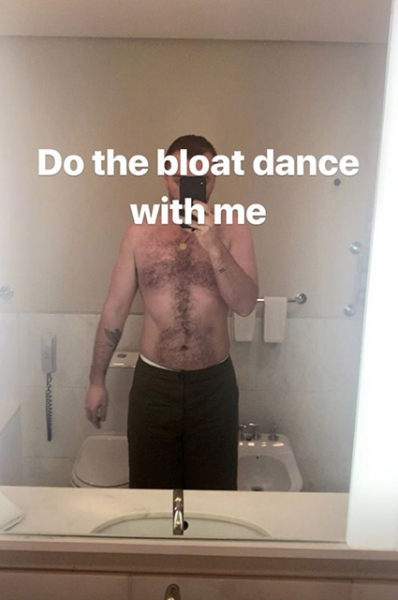 Smith added that the problem with the perception of his body remained and he in adolescence:

This is my main sadness. The weight is all I ever was sad. I struggle with it every day.

Sam said that at the age of 16 he has too much female hormone (estrogen) started to grow Breasts and he was very upset when a classmate grabbed his chest on the Playground to friends. He also constantly asked his mother to write notes to the school to release him from swimming lessons.

Before, if I was doing a photo shoot in a t-shirt, I’ve been starving myself. I decided to stop. I will try to love my body and stop trying to change your abdomen, thighs and the curves that my mom and dad gave me and which they are so fond of

By the way, very soon, on April 27, the singer will perform in the concert complex Baku Chrystal Hall. Sam’s concert in Baku will be one of the stops in his world tour, which began more than a year ago and is dedicated to the promotion of this album. In the capital of Azerbaijan, he will arrive from South Africa, where he in April will be five concerts.