Saakashvili announced about the terrible suicide attempt in court 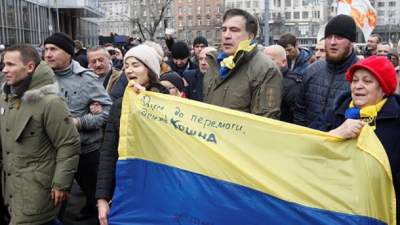 According to the politician, the man was soaked in gasoline and tried to set fire to himself.

On December 19 in Kiev in the building of Appellate court of Ukraine, which held a hearing ally Mikheil Saakashvili – Severina Dangadze, the father of the latter almost made a self-immolation.

About it the leader of the “Movement of new forces,” he wrote on his page in Facebook.

According to the politician, the man was soaked in gasoline and tried to set fire to himself, but present it just stopped.

“I was on the court of North Dangadze, who is being held hostage to obtain his false testimony against me. When I came out, his father tried to set fire to himself. How many more tragedies can bring OPG, which seized power in Ukraine?” – Saakashvili said.