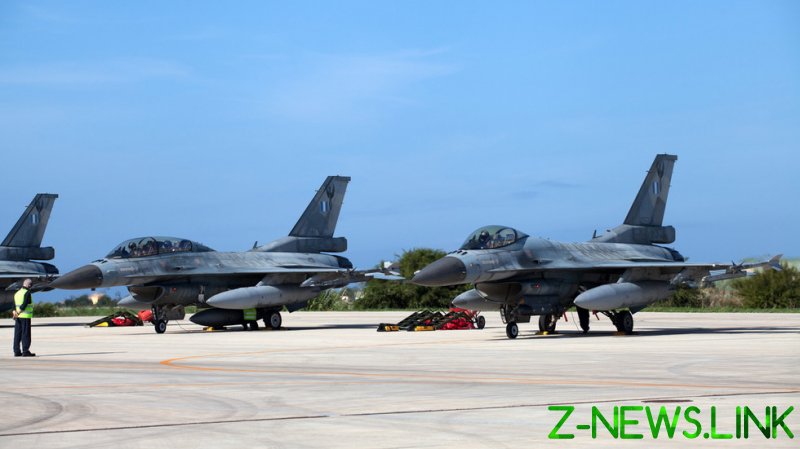 In a statement issued Tuesday, Moscow’s diplomatic mission to the US branded the exercises “provocative,” and said that they would have a profound impact on “confidence-building in Europe.” At the same time, the envoys argued that the actions flew in the face of international commitments to “ensuring the sustainable and peaceful development of the Arctic region.”

While the maneuvers, involving American, British, and German pilots, have been held biennially in previous years, the latest round of wargames comes just a few weeks after an Arctic Council summit saw the US and Russia emphasize their shared vision for co-operation in the region. US State Department Arctic Envoy Jim de Hart told reporters at the time that they agreed on the need for “keeping the region peaceful.”

Now though, America’s new F-35 stealth fighters, equipped with cutting-edge electronic warfare and aerial reconnaissance equipment, will be taking part in the show of force over the icy northern territories, taking off from Norway. NATO’s E-3 Sentry mobile command and control aircraft will also participate, along with warplanes from a number of its member states.

In May, Russia opened a state-of-the-art Arctic military base, projecting Moscow’s potential reach across the region and acting as a potential landing strip for heavy, nuclear-capable bombers. Located in the Franz Josef Land archipelago, its construction comes as part of efforts to strengthen the country’s northern border.

With climate change driving a reduction in Arctic Sea ice, the world’s northernmost trade and shipping routes are increasing navigable throughout much of the year, rather than only a few short months as was the case in the past. Traffic through one vital route along the Siberian coast increased by 58% between 2016 and 2019, statistics show, giving the region growing political and economic significance.

In January, Russian President Vladimir Putin said that the Northern Sea Route, through his country’s territorial waters, is “the key to the development of the Russian Arctic regions of the Far East,” and the goal is to make it a “truly global, competitive transport artery.” Setting course through its cold waters effectively halves the transport times between Southeast Asia and Europe, compared to using routes that pass through the Suez or Panama Canals.