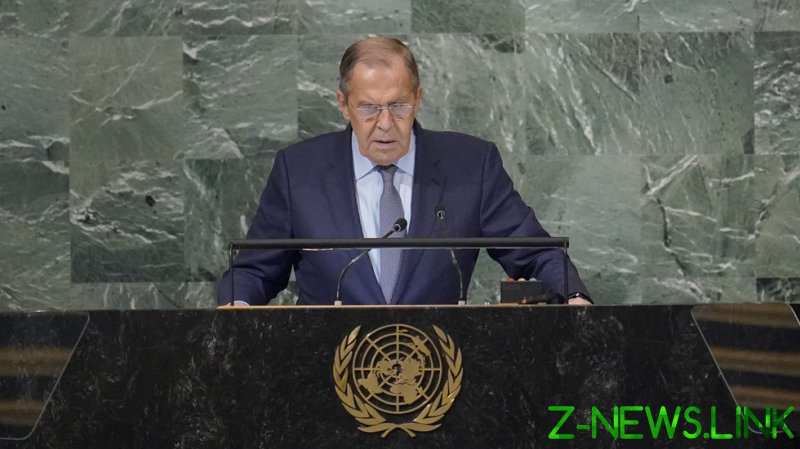 Years of NATO encroachment on Russia and the West’s refusal to negotiate over Ukraine left Russia “no choice” but to launch its special military operation, Foreign Minister Sergey Lavrov told the UN on Saturday. However, Lavrov added that Russia is now shaping “the future of the world order.”

“The US and its allies want to stop the march of history,” Lavrov declared from the podium in New York, describing how in the aftermath of the Cold War, Washington appointed itself “almost an envoy of God on earth,” launching foreign conflicts at will and expanding the NATO alliance deeper into Eastern Europe.

The shifting of NATO’s borders to the east and its official declaration of interest in the Indo-Pacific region mean that the US-led bloc “now has the goal of subjugating the Asian area,” Lavrov stated. However, it was the West’s refusal to negotiate over Ukraine that led Russia to fight back, he continued.

“The West watched in silence as the coup plotters started bombing the east of Ukraine,” he said, referring to Kiev’s attacks on the Donetsk and Lugansk People’s Republics even after the Minsk agreements had been signed in 2014 and 2015.

Once the US and NATO rejected a Russian-proposed security deal for Ukraine, Moscow had “no choice but to recognize the independence of the Donetsk and Lugansk People’s Republics and start a special military operation,” Lavrov said, adding that “any sovereign self-respecting state would do the same, a state that understands its responsibility to its own people.”

Seven months into that operation, and with Russia recently announcing the mobilization of some 300,000 additional troops, Lavrov told the assembly that “the future of the world order is being decided,” with the US-led “unipolar” model “receding into the past.”