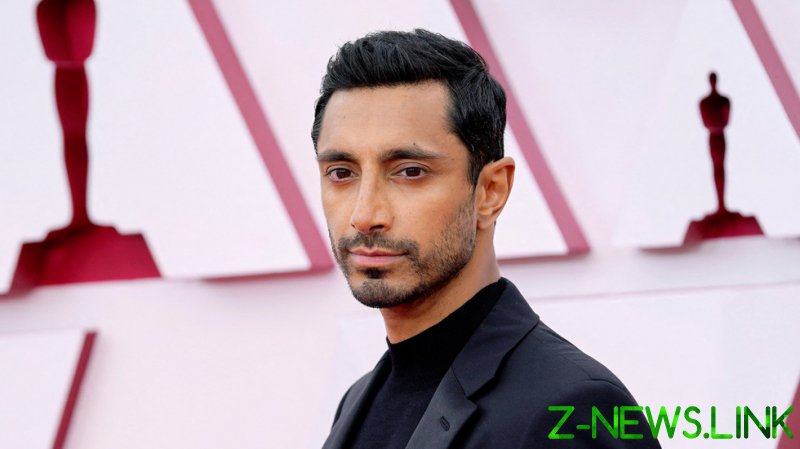 Riz Ahmed, the first Muslim to be nominated for Best Actor at the Academy Awards, is spearheading an initiative to increase the visibility of Muslims in film and eradicate toxic stereotypes in Muslim characters.

As evidenced by his stellar work in, among others, the films ‘Nightcrawler’ and ‘The Sisters Brothers’, the mini-series ‘The Night Of’, and his Oscar-nominated portrayal in ‘Sound of Metal’, Ahmed is one of the finest actors around, and he seems to be a very thoughtful artist and man.

Unfortunately, on reading ‘Missing and Maligned’, the study by Ahmed’s Left Handed Films and USC’s Annenberg Inclusion Initiative, it becomes apparent that his noble venture is a deeply disingenuous one.

The study obviously started with its conclusion, that Muslims are under-represented in film, and then intentionally limited its investigation and cherry-picked its evidence to make it appear that its preconception was accurate.

The fatally flawed study focuses only on the top-200 grossing films from 2017 to 2019 in the US, UK, Australia and New Zealand. It also fails to look at those on any streaming service, such as Netflix or Amazon Prime, which are among the biggest producers and distributors, and didn’t examine representation in TV shows.

Its disingenuousness is clear when it declares that Muslims make up 24% of the world’s population, but represent only 1.6% of speaking characters in films. This is a deceptive statistic, as the Muslim populations of the US, UK, Australia and New Zealand combined actually constitute roughly 1.5%. In other words, Muslims are slightly over-represented in film in comparison to their population percentage in the countries measured.

The study also gets specific about these individual countries. For example, it decries the fact that the US films on which it focused featured only 1.1% of characters who were Muslim, despite the fact the US has a Muslim population of… 1.1%. It also finds but fails to highlight that Australia actually features more than twice as many Muslims in its films, at 5.6%, than there are Muslims in its population, at 2.6%. And, according to the study, the UK and New Zealand, with their 5.2% and 1.3% Muslim populations, represent Muslims in film to the tune of 1.1% and 0%, respectively.

But, again, limiting the metric to just these four countries as opposed to the English-speaking film industry’s target audience, the entire Anglosphere – the US, the UK, Canada, Ireland, Australia and New Zealand – is deceptive. For instance, if you tally the Muslim population in the Anglosphere, it is 1.5% of the overall population, which is slightly less than the combined percentage of Muslim characters in films in the four countries examined in the study.

The second part of Ahmed’s complaint, which focuses on the toxic stereotyping of Muslim characters, is certainly more compelling, given that vacuous ethnic caricatures are one of Hollywood’s trademarks, but even on this slam-dunk topic, the Annenberg/Ahmed study is shallow, vapid and lop-sided.

For example, in a section titled ‘Modern-day Muslim Characters are Rare’, it uses statistics that reveal that 48.9% of Muslim characters are shown in “present-day settings”. Is slightly less than 50% now considered “rare”? Indeed, the “rarity” claim is even more absurd, as the study also finds that 11% of those characters were featured in scenes “in the recent past”, meaning 59.9% were in scenes in the present or recent past and 40.2% were from “the historical or fantastical past”. These sorts of statistical and rhetorical shenanigans only undermine Ahmed’s credibility.

Another odd study topic, titled ‘Disparagement is Directed at Muslim Characters’, lists words and phrases directed at 41 primary and secondary Muslim characters, such as “terrorist”, “Paki” and “fundamentalist”. The obvious counter to this is that, if films did not show the sometimes vile treatment and harassment of Muslims, then Annenberg and Ahmed would instead accuse them of ignoring Islamophobia.

Further undermining Ahmed’s argument are statements from Ahmed himself. According to the BBC, “Ahmed recently said he enjoyed the fact that the religion and ethnicity of his character Ruben in ‘Sound of Metal’ was not mentioned at all in the movie.”

So, Ahmed wants more Muslim representation in film, but is glad not to be representing a Muslim in a film? Why didn’t he want Ruben to be Muslim? Wouldn’t that have normalized the featuring of a Muslim on screen?

As an Irish Catholic, I totally understand Ahmed’s frustration with under-representation and negative portrayal in film, as Hollywood seems incapable of portraying anyone of faith – regardless of which faith – as anything other than alien or villainous. But Annenberg/Ahmed needed to prove their intellectual integrity by diving into the uncomfortable topic of which ethnic or racial groups are over-represented on screen and even behind the scenes of the film industry.

The pat answer would be white people. They make up 76.3% of the US and 86% of the UK population, yet, in 2018, represented only 69.1% of characters in films. So, which group or groups should have their representation in film decreased to make room for the Muslims Ahmed fails to prove are under-represented?

Until Annenberg, Ahmed and the rest of those raising representation issues acknowledge and address that awkward question, they and their claims will be viewed as disingenuous and short on rigour. If they want to be taken seriously when it comes to under-representation and mis-representation, they need to do more than just churn out a piece such as ‘Missing and Maligned’, which misses the mark and maligns the intelligence of its readers.