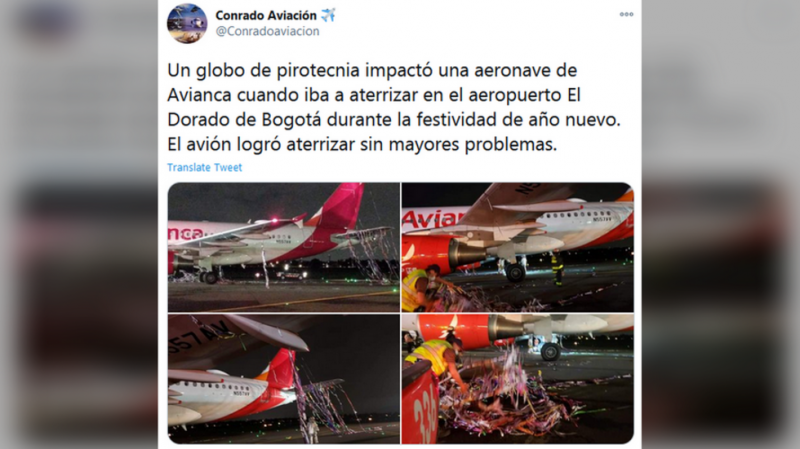 The incident unfolded above Bogota overnight. The plane, flying from Orlando, Florida to Colombia’s capital city, collided with a flying object, described by local media as a “pyrotechnic balloon.”

It was not immediately clear whether the balloon was carrying any actual fireworks, but it did turn out to be packed with tinsel, footage circulating online shows. Long strings of colorful plastic got wrapped around the aircraft’s tail, and some apparently got into one of its engines.The collision prompted an emergency landing, and the plane’s crew managed to safely bring the aircraft to the ground. Reports have not revealed if the aircraft sustained any damage.

Shortly before footage of the incident surfaced online, Colombia’s association of Civil Aviation urged revelers to be extra cautious during the holidays and abstain from deploying fireworks and launching hot air balloons close to airports.

These items lack any means of control and can travel sizable distances, especially in high winds, so there is no way of stopping one from drifting into the path of an aircraft.