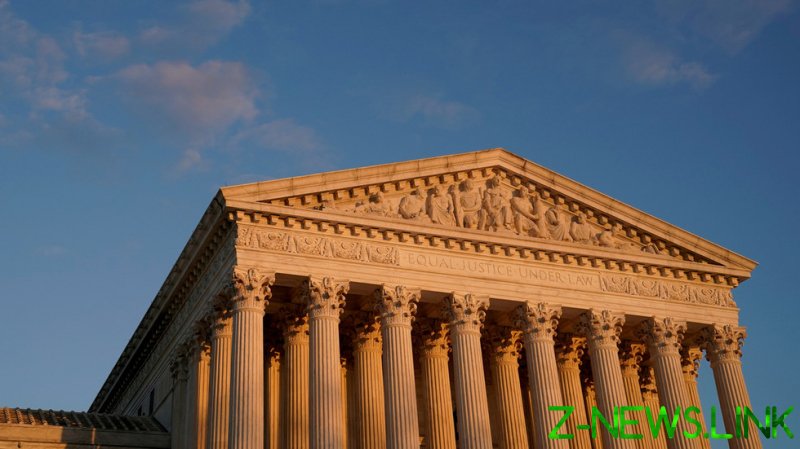 The historic potential shake-up of America’s top federal court has angered Republicans who have accused the Biden administration of “packing” the bench – an effort to eat away at the court’s conservative majority.

There have remained nine Supreme Court justices since 1869, with a current 6-3 majority in Republicans’ favor.

On Thursday, the Judiciary Act of 2021 was introduced by Democrats, including House Judiciary Chairman Jerrold Nadler, Senator Ed Markey and representatives Hank Johnson and Mondaire Jones.

The bill intends to “restore balance to the nation’s highest court after four years of norm-breaking actions by Republicans led to its current composition,” Nadler said in a statement.

Biden skirted taking a position on the Supreme Court expansion during the 2020 presidential election campaign and instead announced a commission to look into the matter in October.

Last week he signed off an executive order to create the commission, which is designed to look at the court’s membership and size, as well as the debate around the court’s reform, its constitutional role, the length justices service and other issues.

Scores of Republicans have come out against the move including former Secretary of State Mike Pompeo who said in a statement that a Supreme Court expansion “brings partisan politics into the courtroom.”

Ronny Jackson, representative for Texas’s 13th congressional district, said in a statement if the Democrats pack the court it will be the “end of our country as we know it.”

The bill won’t be going anywhere for now, however. Democrat House Speaker Nancy Pelosi told reporters she does not intend to bring the bill to the house floor but that it “should be considered” and that she backs Biden’s efforts to study the proposal.

Biden has been under pressure from some Democrats to add four more justices to the court after his predecessor Donald Trump appointed the conservative Justice Amy Coney Barrett last year to replace the late Justice Ruth Bader Ginsburg.

Congress has the power to change the court but would first have to abolish the Senate’s filibuster rule under which bills need 60 votes to move forward.

Democrats aren’t the only ones who have toyed with changing the number of Supreme Court justices for political ends.

During the 2016 presidential campaign prominent Republicans including senators Ted Cruz and John McCain tried to futureproof the court’s conservative majority by vowing to block any of Hillary Clinton’s nominees if she entered the White House, which would have left the number of justices at eight after the death of Justice Antonin Scalia.