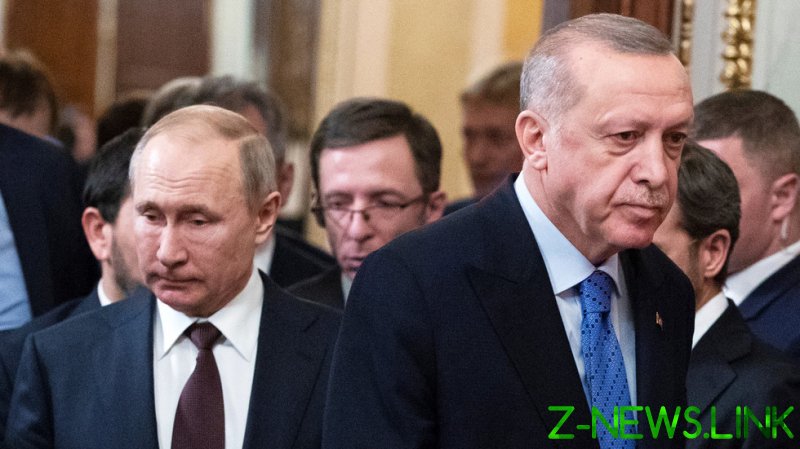 Russian president Vladimir Putin once complained that communist leader Vladimir Lenin had placed a ‘time bomb’ under Russia. He had in mind the introduction of the federal principle after Lenin’s Bolsheviks took power in 1917. Lenin gave national minorities their own republics within the Soviet Union. In so doing, he created a situation which allowed those republics to secede from the Union once communist power collapsed.

Unsurprisingly, many of the smaller minorities were not too happy with this somewhat arbitrary outcome, and attempted to secede from the seceding republics. The result was several wars, the first of which took place in the Nagorno-Karabakh Autonomous Region, an Armenian enclave within Azerbaijan, after it attempted to secede from Azerbaijan and join with Armenia. The war ended in an Armenian victory. Not only did the Armenians drive the Azeris out of Nagorno-Karabakh, but they also captured a swath of Azeri territory linking Armenia with the breakaway region.

Nagorno-Karabakh became a de-facto independent state, albeit one recognized by nobody and entirely dependent on Armenian support. Azerbaijan, meanwhile, has never abandoned its claim to its lost province nor to the territories seized by Armenia. The result has been occasional military clashes between Yerevan and Baku over the past 30 years.

This weekend, violence once again flared up on the front lines between the Armenian and Azeri forces. The Armenian government announced that it had repulsed an enemy offensive and issued a video showing the destruction of several items of Azeri military equipment. The Azeri government, in turn, accused Armenia of attacking it, and declared that it had launched its own counter-offensive in which it had ‘liberated’ several villages. Armenia has now mobilized its army. Many fear the outbreak of all-out war.

One explanation for the recent flare-up may be that Azerbaijan feels much stronger than it did when it suffered its defeat at the hands of Armenia 30 years ago. The Azeri economy, benefitting from substantial oil reserves, has outgrown that of its neighbor, as has the Azeri population – there are 10 million Azeris compared with only three million Armenians. Azerbaijan has invested heavily in its military and may feel much more confident about its prospects should matters escalate further.

Another explanation may be the support Azerbaijan is receiving from its primary ally – Turkey. Following this weekend’s clashes, Turkish president Recep Erdogan called on ‘the entire world to stand with Azerbaijan in its battle against invasion.’ Such Turkish support may embolden the Azeri leadership not to back down if things begin to get out of hand.

Russia has officially adopted a position of neutrality in the Nagorno-Karabakh dispute, and called on all sides to settle their differences peacefully. This has meant supporting the status quo. Since that status quo favours Armenia, in reality this position has meant supporting Armenia, a posture reinforced by Armenia’s membership of various multilateral initiatives sponsored by Russia, notably the Collective Security Treaty Organization and the Eurasian Economic Union.

The conflict in Nagorno-Karabakh thus indirectly pits Russia against Turkey. It also undermines a common narrative that claims that Russia seeks to undermine democracy and promote authoritarian forms of government. After all, Russia’s ally Armenia is a democracy whereas Turkey’s ally, Azerbaijan, is not.

Nagorno-Karabakh is not the only location where Russian and Turkish proxies are clashing. In Syria, Russia has been backing the government of Bashar Assad while Turkey has been propping up the anti-Assad rebels in Idlib province. And in Libya, Russia is said to support rebel general Khalifa Haftar, while Turkey recently sent substantial aid to the government forces in Tripoli to help drive Haftar’s troops away from the capital.

Russia has good reasons, therefore, to regard Turkey as a spoiler, undermining Russian influence in the Caucasus, Middle East, and North Africa. But Russia isn’t the only state that Turkey has irritated in recent years. Turkey currently has poor relations with fellow NATO members, and this provides an opportunity which Russia can exploit for its own advantage. Economic opportunities also beckon in Turkey, as seen by the recent Turkish decision to purchase Russian-made S-400 air-defense missiles.

Consequently, whenever Russia and Turkey have clashed in recent years, the Russian government has sought to rapidly calm things down. Unsurprisingly, it is now taking the same approach regarding the situation in Nagorno-Karabakh. On the one hand, Russia needs to stand by its Armenian ally. On the other hand, it wishes to avoid an escalation which would bring it into conflict with Turkey. A restoration of the ceasefire and the status-quo ante thus serves it best. Russia’s Ministry of Foreign Affairs therefore issued a statement declaring that Foreign Minister Sergei Lavrov was “intensively conducting talks to induce the parties to immediately cease firing and start negotiations to stabilize the situation.”

For now, this approach may work. In the longer term, though, economic and demographic considerations mean that power in the Southern Caucasus will likely continue to shift in Azerbaijan’s favor. As it does, Russia’s balancing act vis-à-vis Turkey could become increasingly difficult to maintain.