Record levels of child hunger reported in Horn of Africa 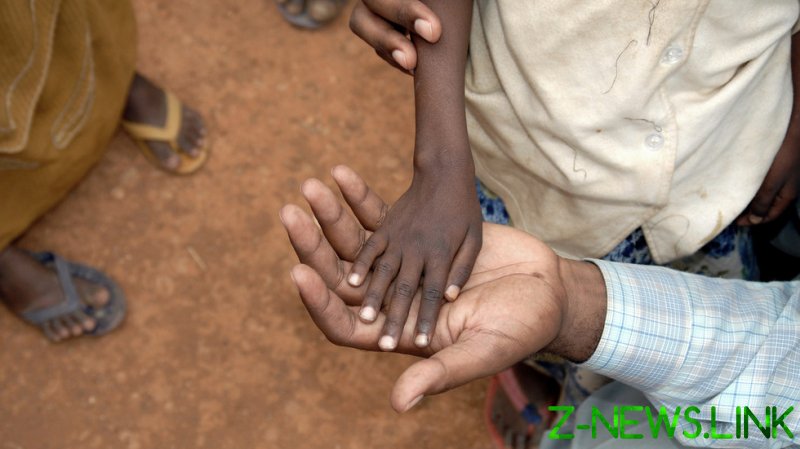 The international charity Action Against Hunger has reported the highest level of severe child malnutrition in Somalia since it began work in the country three decades ago. The organization pointed to a 55% increase in admissions to the centers it operates in the country from January to April of this year, compared to the same period of 2021, in its Friday press release, urging governments to do more to fund humanitarian efforts in the impoverished and war-torn African nation.

The organization blames skyrocketing food prices, an unprecedented drought, and civil war for the rise in hunger. “High food prices and limited access to clean water have led to increases in severe malnutrition and alarming outbreaks of deadly water-borne diseases like cholera,” said Ahmed Khalif, Action Against Hunger country director in Somalia.

He voiced “deep concern about the potential impact of increasing hunger on peace and stability in Somalia.”

“We don’t have enough funds, medicines, or beds for everyone in need,” Khalif said.

The report concluded that only 15 percent of Somalia’s humanitarian funding needs have been met this year, based on UN data, and called for increased and more flexible funding, along with unimpeded humanitarian access. 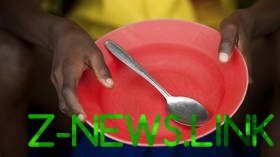 READ MORE: US warns of famine

Action Against Hunger reports that along with a doubling of fuel prices, the conflict in Ukraine has impacted the price of food.

For example, the conflict threatens the supply of Ready-to-Use Therapeutic Foods (RUTF), a type of peanut paste that treats malnourished children back to full health in just six weeks. The report cites Unicef’s prediction that RUTF prices could increase by 16% over the next half a year as the prices for transportation and ingredients used to make it (oil, peanuts and sugar) continue to rise.

Action Against Hunger estimates that 6.8 million children are suffering from acute malnutrition in the Horn of Africa, a region that also includes Ethiopia and Kenya. According to estimates published Wednesday by international charities Oxfam and Save the Children, 23 million people across the three nations suffer extreme hunger, and “one person is likely dying of hunger every 48 seconds,” Oxfam said in a press statement.

Action Against Hunger says it has worked in Somalia since 1992 and currently operates 51 treatment centers across the country. It describes its work as “preventing and treating hunger, improving water and sanitation, and strengthening health systems.”

Unprecedented drought has killed up to 30% of Somalia’s livestock since 2021. 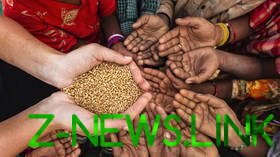 Somalia collapsed into civil war in 1991, as clans that overthrew the military government of General Mohamed Siad Barre fell out with each other. The initial US intervention aiming to protect UN peacekeepers resulted in a clash with one of the warring factions and the Battle of Mogadishu in October 1993. The US left Somalia in March 1995, only to return a decade later as part of the ‘war on terror’.

Al-Shabaab, which aims to remove the government and to impose Sharia rule on the country, frequently carries out bombings across the country.