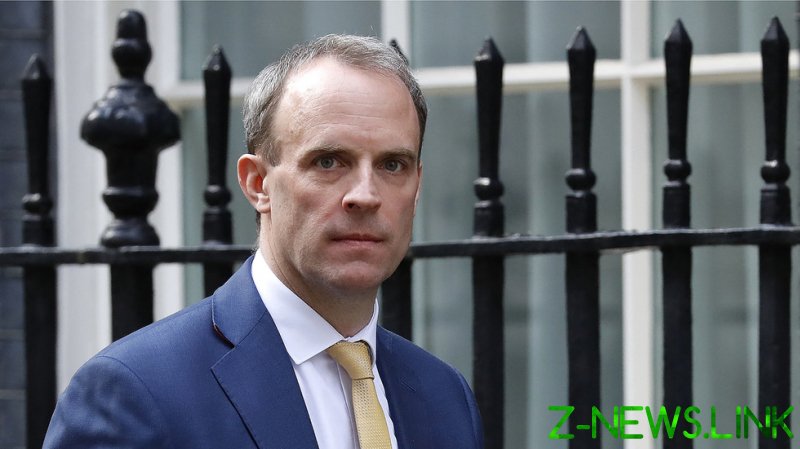 With the outright sackings done, Johnson traveled from Westminster to Downing Street to begin the rehiring. Relieved of his position as Foreign Secretary, Dominic Raab was appointed Justice Secretary and given the titles of Lord Chancellor and Deputy Prime Minister too, along with Buckland’s old job.

Raab had taken criticism in parliament over British intelligence’s failure to foresee the rapid collapse of the western-backed government in Afghanistan last month and the lightning-fast fall of Kabul to Taliban forces. The move is somewhat of a demotion for Raab, but Johnson also appointed him Lord Chancellor and Deputy Prime Minister. Raab is the first minister to officially hold the latter title since Nick Clegg did between 2010 and 2015 under Prime Minister David Cameron.

Home Secretary Priti Patel was then called in to meet Johnson, but emerged with her job intact. Rishi Sunak too stayed on, as Chancellor of the Exchequer.

With Raab out of a job, Trade Secretary Liz Truss was promoted to Foreign Secretary. Truss will also remain on as Minister for Women and Equalities. A move from trade secretary to the highest representative of British diplomacy is a considerable promotion for Truss, who is highly regarded by her fellow Conservatives.

Michael Gove was moved from the Cabinet Office to the Ministry of Housing, where Downing Street says he will take on “cross-government responsibility for levelling up.”

Nobody knows exactly what “levelling up” means, but it will reportedly involve efforts to reduce economic inequality between London and the rest of the UK. The government is expected to release a paper on the matter in the coming months.