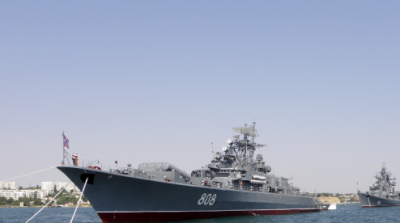 It decided to do by making amendments to the Constitution.

The head of state intends to make the new amendments to the Constitution to force the black sea fleet to leave the Black sea.
This information he has shared on Twitter.

“Changes to the Constitution in terms of securing our ambitions on Ukraine’s accession to the European Union and NATO is long overdue. I have prepared amendments to the Basic Law, which say the Ukrainian Parliament with the new political season,” he wrote.

The new political season starts on September 4. Poroshenko is sure that the Parliament will gather 300 votes to amend the Constitution at the expense of the Russian Navy. He believes that it threatens the country’s security and the future course of Ukrainian European integration.