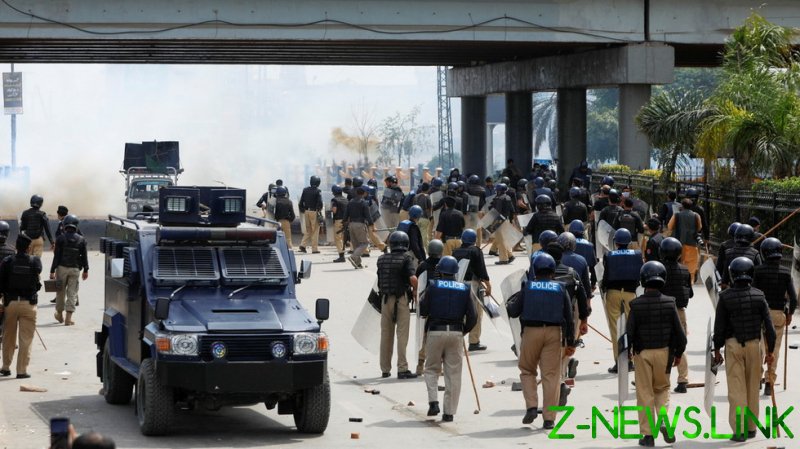 On Friday, the Interior Ministry ordered the telecommunications authority to “completely” cut off access to Twitter, Facebook, WhatsApp, YouTube, and Telegram until 3pm local time (11:00 GMT), said Khurram Mehran, a spokesman for the media regulator, without giving any further details.

“In order to maintain public order and safety, access to certain social media applications has been restricted temporarily,” Reuters cited a senior telecommunications authority official as having said.

The shutdown comes a day after the French Embassy advised French nationals and businesses in Pakistan to temporarily leave the country, following violent rallies led by the radical Islamist party Tehreek-e-Labbaik.

The violent protests erupted in the country’s second-largest city of Lahore on Monday, with the party demanding the expulsion of the French ambassador.

Anti-French sentiment has been festering in Pakistan since November last year, when French President Emmanuel Macron voiced his support for the satirical magazine Charlie Hebdo and its right to publish cartoons depicting the Prophet Mohammed – an action deemed blasphemous by many Muslims.

The latest wave of demonstrations has paralyzed large parts of the country, and left at least four policemen dead and nearly 600 people wounded, according to the information minister. Earlier this week, the government banned Tehreek-e-Labbaik under the Anti-Terrorism Act and detained its leader.