Home / WORLD / No mask, no money? HSBC warns UK customers they could FORFEIT their accounts if they don’t obey pandemic rules

No mask, no money? HSBC warns UK customers they could FORFEIT their accounts if they don’t obey pandemic rules 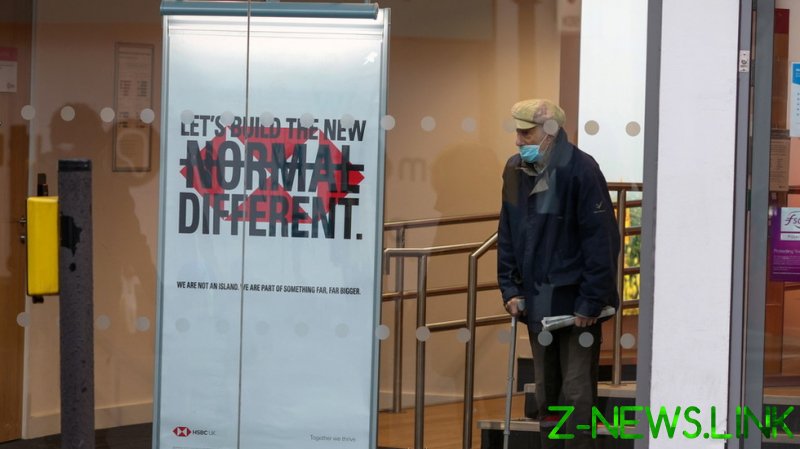 HSBC customers who enter a branch bare-faced without a medical exemption could forfeit their money, a spokesperson told UK tabloid the Mirror on Tuesday. The corporation’s head of branch network for the UK argued bank workers “deserve respect and should not have to face violent or abusive behavior” and encouraged customers to stay home and use HSBC’s digital banking tools rather than going out to the bank.

Most of HSBC’s main competitors, including Santander, Lloyds, and NatWest, subsequently informed customers on Wednesday that they too will not be served if they walk into a bank branch without a mask. However, of the other banks questioned by the Mirror, only Barclays explicitly affirmed its right to close accounts if customers “act aggressively towards colleagues.”

Many on social media were disturbed that a bank would threaten to abscond with customers’ money over a mask.

Others said they’d seen it coming miles away – and been denounced as “conspiracy theorists” for noticing.

Several pointed out that HSBC – which was recently convicted of laundering billions of dollars in profits for international drug cartels – lacked any sort of moral high ground to give orders to customers.

However, some applauded the bank for keeping its employees safe.

Already enmeshed in its third lockdown, the UK issued further rules to residents on Tuesday. Shops, supermarkets, and most other indoor locations require customers to cover their face or be denied admission if they lack a medical exemption.

However, not every establishment is eager to do double duty as mask police. The Post Office, for example, has urged customers to obey the rules, but told the Mirror it would not be refusing admission to maskless customers. A trade group representing over 170 British retailers urged police to step in, arguing it was not shops’ responsibility to monitor customers’ adherence to the ever-shifting rules.