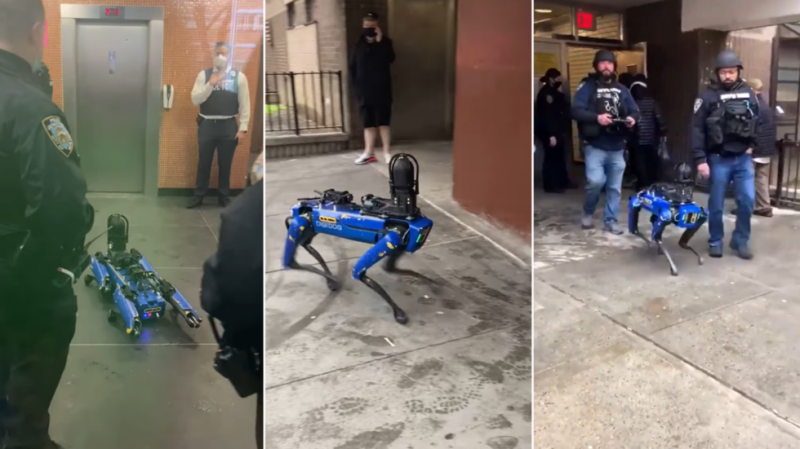 The dog was seen exiting the housing project on Monday with a group of human police officers, who acted almost subservient to the shiny blue metal creature while escorting it out of the Kips Bay building. While the New York Police Department insisted the faux-canine had not played an “active role” in the operation, which allegedly involved removing an armed man from an apartment belonging to a woman and her baby, its appearance seemed to cast a spell over the assembled residents.

One resident, tenant organization head Melanie Aucello, rushed back home after receiving a handful of calls about “police in the building” and was wildly disturbed by what she saw there – not just the dog, but its effects on people.

And a few mayoral candidates took it as an opportunity to grandstand, with Democratic candidate Scott Stringer declaring “as mayor, we will invest in people, not police dogs.”