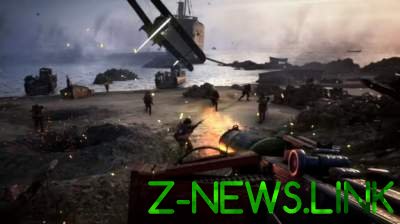 Company DICE unveiled a new trailer for the add-on “Waves of change” into its military shooter Battlefield 1. In the next addition to the shooter will be added to the British landing operation in 1915, and more.

In addition, “Waves of change” for Battlefield 1 gamers can participate in the hot battles on new fronts of Gallipoli Peninsula and the North sea. Players will have access to four new maps, including Cape Helles, Achi Baba, Zeebrugge and the German Bay. In addition, gamers will be able to dress in the equipment of the marine corps of the British Empire, are from six new weapons, and try to fight the new destroyer and airship.

The release of “Waves of change” will happen gradually, and in December 2017-January 2018 in the game Battlefield 1, you will receive all the new content.