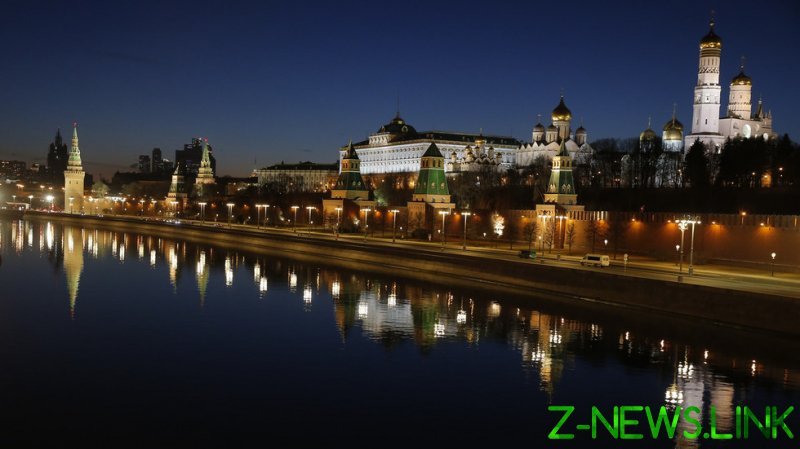 Buran is the latest addition to a small but fierce raptor unit of the Federal Protective Service (FSO), Russia’s counterpart to the US Secret Service. The first Arctic owl to ever live at FSO’s Kremlin mews, he was recruited last year and will soon start active service.

The primary foes of the raptor unit are not spies and assassins, but rather large corvid-like crows, ravens, and rooks. The birds can be quite a nuisance to tourists, pose a threat to historic buildings and monuments due to their caustic droppings, and hunt smaller birds living near the Kremlin.

The raptors’ job is to scare away the crows, which may be tricky, given that crows tend to stay together and learn to mob their predators. The newcomer’s role will be quite unusual, however, FSO falconers told TASS on Sunday. He will serve as a living lure, leading crows into an ambush.

Arctic owls don’t normally live anywhere near Moscow, so Buran’s white feathers (“buran” means “blizzard” in Russian) and relatively small size are meant to deceive the crows into taking him for a sick bird. When they close in to attack, a larger partner raven then swoops in to strike.

His intended partner is an eagle-owl named Filya, a stealthy natural predator of crows who has been with the raptor unit for over a decade. He is the largest officer on the team, weighing almost 7lb (3kg) – almost twice as much as Buran.

When not on duty instilling fear in pest birds, Filya is quite a star, according to the report. He likes human company and is not disturbed even by large crowds, which allows the falconers to occasionally bring him to tourists for a photo op.

Another veteran of the unit, which currently has six raptors, has a temper that is the direct opposite to that of Filya. Astur the goshawk is 14, is easily unnerved by gatherings and specifically by children, and prefers keeping to himself.

However, he has a skill not so common in trained raptors: he feels fine riding inside a car and can be set loose on quarry right through an open door. It’s a win-win solution: patrols can run faster from a vehicle and the hawk passenger saves energy for the hunt.

The raptor unit was created in 1983 as a pilot project and later became a fully fledged ornithology service of the commandant of the Moscow Kremlin. The falconers and their charges usually take three patrols each day, with raptors rotating every other day.