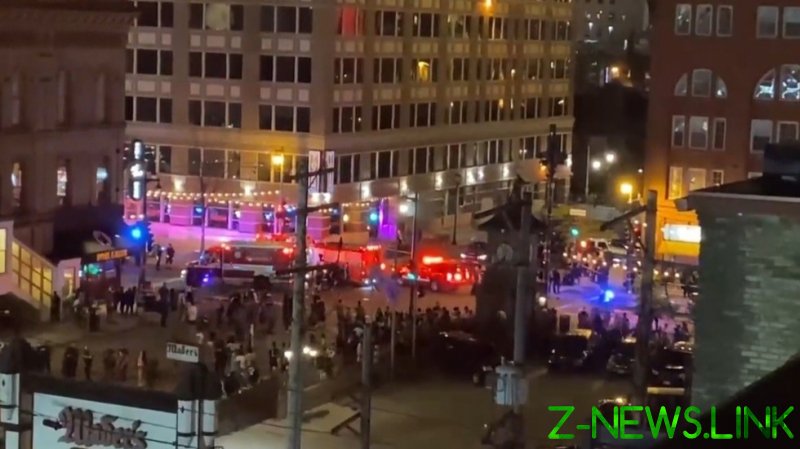 Basketball fans were sent running through the streets of Milwaukee for cover when three people were shot towards the close of the Bucks’ defeat to the Boston Celtics in an NBA playoff match.

Towards the conclusion of the defeat, however, three people were shot near the Fiserv Forum in the Dear District entertainment complex which led to one man and one woman being transported to the hospital as a third person drove themselves there.

With all three people suffering non-life-threatening injuries according to the Milwaukee Fire Department, a 29-year-old man has already been arrested and brought into custody said police.

In a short statement to ESPN, Milwaukee Bucks Chief Communications Officer Barry Baum insisted that the incident “took place outside of the Deer District” – a claim supported by metal detectors being set up surrounding the entrance near the stage and the complex’s bars.

Bucks fans originally started packing Deer District during their team’s run to the title last season. As there was a chance to clinch the series against the Celtis on Friday, punters resumed the tradition with the franchise announcing before tip-off that Deer District had reached its 11,000-person capacity.

Witnesses say they heard gunshots ring out as little more than a minute remained in the fourth quarter, which sent the huge crowd into a frenzy in several different directions as video footage shows.

A large Milwaukee Police presence remained outside the arena for hours after the defeat for the hometown team, and several intersections had to be taped off.

An investigation into the shooting, said to have taken place a block away from Fiserv Forum, is ongoing.

On the night the Bucks won their first NBA championship in 50 years in 2022, an estimated 65,000 hardcore fans packed Deer District to watch and celebrate the triumph. 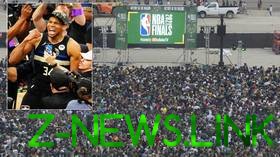 At around 1AM, however, the party turned sour when over a dozen shots were fired into the air at the intersection of Water Street and Juneau Avenue.

“We probably have some injuries,” a Milwaukee cop told a reporter from the local Journal Sentinel, as some reports said that two officers suffered them.

With a place in the NBA Eastern Conference finals at stake, where the winner will meet the Miami Heat, the Bucks and Celtics now head to Boston for Game Seven on Sunday.