Multi-racial Britain now resembles Neapolitan ice cream, with brown at the top and gammon pink firmly at the bottom 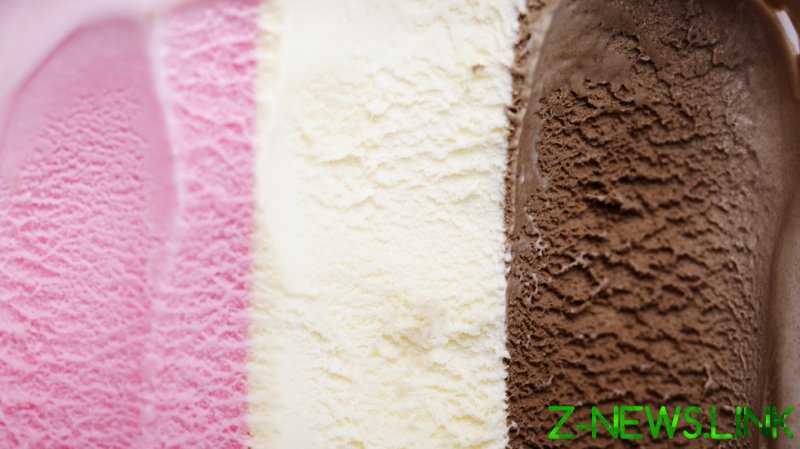 Britain’s on-screen portrayals of race have always been loaded. Be it the abject brown-faced cretinism of Spike Milligan or the creepy sexualised coonery of Little Britain, representations of minorities on film and TV have typically reflected the nation’s eternal neuroses and mediocrity. But while in the past such depictions were a lazy punching down on vulnerable groups for cheap laughs, there is now a seismic shift underway.

Watching Dev Patel play Gawain in ‘The Green Knight,’ supported by Sarita Choudhury as his mother, Morgan le Fay, the witch sister of King Arthur, I was struck by how a pair of British-Indians have been centralised into the Arthurian Romance, the closest thing Britain has to a founding mythology. Set in a time when the earth was still flat for Europeans, and the dark-skinned heathen much feared, the England of the Dark Ages is nonetheless portrayed as a polyethnic paradise in which no one bats an eye at lusty interracial couplings, mixed-race families and the crowning of a brown man.

It reminded me very much of ‘Bridgerton,’ the hit Netflix show that reimagines slave-owning Georgian England as the sort of multicultural idyll that Martin Luther King could only dream of. This series and ‘The Green Knight’ come in the wake of another Patel vehicle, ‘The Personal History of David Copperfield,’ in which he plays Dickens’ beloved hero and where colonial Victorian London is also depicted as a utopia of colour-blind equality.

Contemporary Britain is beginning a wholesale brown-washing of its past; a retroactive wokening to set the stage for an inevitable future in which non-whites hold the elite positions in every sphere from politics to business, sport, culture and academia. One only has to look at the seven BAME members of the present cabinet to see how rapid and far-reaching this process is. Indeed, with South Asians running the Treasury, Home Office, Health Service and the Attorney General’s Office, as well as planning Britain’s climate-change summit later this year, it won’t be long before the UK simply outsources its government to a management consultancy in Bangalore.

As large minority groups such as Africans and South Asians increasingly outperform the native population at school – over 70% of Indian kids got a grade 5 or above in GCSE Maths and English this year, compared to less than half of white British ones – we are seeing the creation of what I call ‘Neapolitan’ Britain. Looking like the ice-cream, Britain is set to be ruled by a chocolatey-brown upper tier that presides over a beige multicultural middle-bloc and a deep gammon-pink bottom caste.

Examples have abounded these past two years, during which we’ve seen a rising clamour for British-Indian Chancellor Rishi Sunak to become prime minister and part-Vietnamese Chief Medical Officer, Jonathan Van-Tam, to oversee the nation’s fight against Covid-19. This summer, Britain rejoiced as Emma Raducanu, the daughter of Chinese and Romanian immigrants, became the first British woman to win a Grand Slam trophy in tennis. Only weeks before, the nation commiserated with the young black men who bravely, but unsuccessfully, took England’s penalties in the shootout of the European Championship final. Such figures reflect the demographic overhaul of how success is distributed in this country.

That football final exemplified the moral and social chasm that now yawns between Britain’s striving and aspirational minorities and the left-behind lumpen Anglotariat. While a young, diverse and politically aware England team took the knee before each game on the way to a final few believed it could reach, the most enduring image of unreconstructed native whiteness was the sight of a cocaine-and-alcohol fuelled England fan ecstatically buggering himself with a burning flare in pre-match celebration.

While in other countries such repulsive sexual exhibitionism would be severely and rightly punished, he was here celebrated as an icon of Britishness. The unrepentant yob, Charlie Perry, claimed that “after 18 months of misery,” his degenerate act, “would bring the England fans together.” Sadly, he wasn’t wrong. I have seen white Britons roger themselves in drunken revelry with all sorts of inappropriate and insanitary objects, including beer bottles, traffic cones, party bugles and much else. And nothing better expresses the lack of standards to which the rump native population is held – and thus its inexorable decline – than the fact that even the house-journal of Anglostani conservatism, the Spectator magazine, lauded Perry’s hazardous autosodomy for its ‘spirit of generosity.’

While happy to acclaim the base activities of an inebriated white man, the writer of that article, Douglas Murray, is much less willing to credit Britain’s immigrants for their inordinate contribution to the country – despite the enormous obstacles of language, racism and poverty they’ve had to overcome – and can be found drearily and uselessly whining about immigration on GB News like a cut-price hairdresser bemoaning his hemorrhoids to an old lady he’s shampooing.

One only has to look at the doubling of BAME representation in advertising over the past few years to see that brands want their products promoted by immigrant groups, because minorities are increasingly associated with higher levels of aspiration, professional success and better lifestyles. Indeed, seeing black and Asian people living in nice homes and owning nice things shames the white population into buying the same stuff – even if on unaffordable credit.

Immigrants in Britain have had to develop their resilience, wit and savvy to a far greater degree than white people, which explains their current leaps up the social ladder. No one has, or ever will, celebrate us for pleasuring our rectums in public with an unsuitable implement. Having been held to far higher standards than white people, it’s no surprise that minorities are finally reaching the positions their finely honed skills deserve.