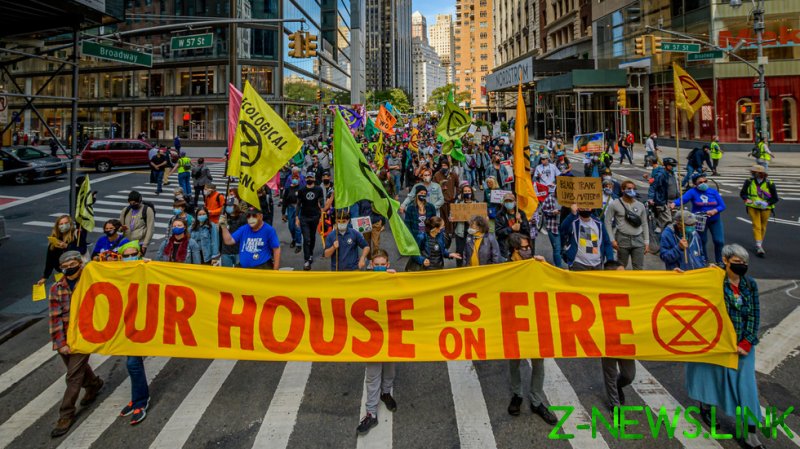 “The scale of the threats to the biosphere and all its lifeforms – including humanity – is in fact so great that it is difficult to grasp for even well-informed experts,” a group of 17 scientists from the US, Australia, and Mexico, warned in an article published in the environmentalist journal Frontiers in Conservation Science.

The researchers summarized an array of recent works predicting “a ghastly future of mass extinction, declining health, and climate-disruption upheavals.” They described various global challenges, such as a rapid loss of biodiversity, and the equally rapid growth of human population, which, “combined with an imperfect distribution of resources, leads to massive food insecurity.”

“The emergence of a long-predicted pandemic, likely related to biodiversity loss, poignantly exemplifies how that imbalance is degrading both human health and wealth,” the authors said, arguing that governments worldwide do not pay enough attention to these issues.

Stopping biodiversity loss is nowhere close to the top of any country’s priorities, trailing far behind other concerns such as employment, healthcare, economic growth, or currency stability.

Paul Ehrlich, the head of the Center for Conservation Biology at Stanford University and one of the authors of the article, told the Guardian that “environmental deterioration is infinitely more threatening to civilization than Trumpism or Covid-19.”

Ehrlich’s seminal 1968 book The Population Bomb had launched debates over the fears of overpopulation and its effects on the planet. Although he admitted he was wrong about the timing of some of his predictions, the researcher stands by the message that population growth and the high levels of consumption by wealthy nations risks leading to the “collapse of civilization.”

“Growthmania is the fatal disease of civilization – it must be replaced by campaigns that make equity and well-being society’s goals – not consuming more junk,” Ehrlich told the paper.

In their article, the authors urged the scientific community to “avoid sugar-coating the overwhelming challenges ahead and ‘tell it like it is.’”

“Anything else is misleading at best, or negligent and potentially lethal for the human enterprise at worst,” they argued.