Home / WORLD / Mandatory vaccination shouldn’t be forced on anyone, Putin declares, arguing people should just be encouraged to get jab instead

Mandatory vaccination shouldn’t be forced on anyone, Putin declares, arguing people should just be encouraged to get jab instead 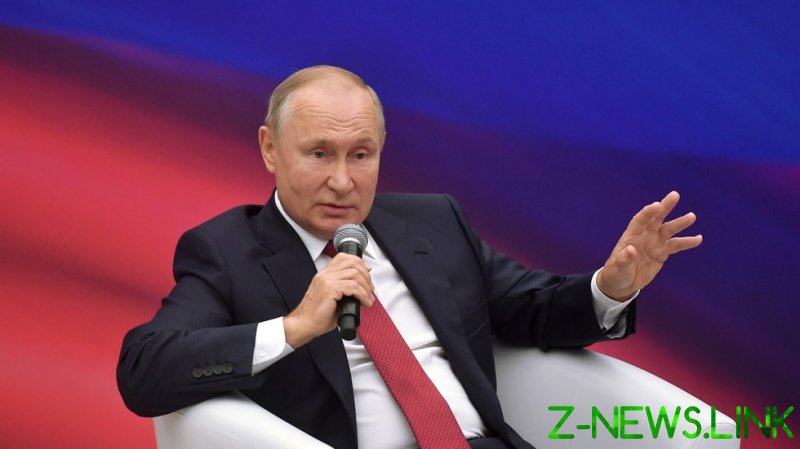 Speaking on Sunday as part of a meeting with members of the governing United Russia party, ahead of parliamentary elections next month, Putin paid tribute to those behind the immunization drive. “We need to do everything we can to overcome this pandemic,” he said, “and the best tool we have in this fight is vaccination.”

However, at the same time, the president insisted that there must be “no imposition” of jabs on the public, and that the rationale for signing up for doses to protect against Covid-19 “needs to be explained.” According to Putin, “it is possible, and necessary, to create different kinds of incentives” in order to increase the number of people eager to be immunized, and these are preferable to tough rules and undue pressure.

On Friday, Russian Health Minister Mikhail Murashko announced that more than 43 million people have had one of the country’s four domestically made coronavirus vaccines. However, this number, he said, “is not enough yet” and “we will feel safer when the number of people who have protection against infection reaches more than 80%.” At present, close to one in four Russians has been immunized against the virus, and it is unclear how many more may have developed antibodies after being infected with the virus across the nation.

International studies have repeatedly found that Russians were among the most skeptical about vaccination, despite Moscow registering the first formula against coronavirus anywhere in the world last year. Hospitals and pop-up clinics offering the jab frequently sat empty until a range of measures introduced in Moscow and other regions, beginning in June, which required workers in a number of sectors to be immunized.

In the Russian capital, companies in industries such as hospitality, leisure and transport must demonstrate that 60% of their staff have been vaccinated or else face hefty fines. Officials have confirmed that businesses can send home employees without pay if they refuse, in order to meet the quotas.

The country’s human rights ombudsman, Tatiana Moskalkova, has railed against the policy, saying “I believe that pushing vaccinations in this way is a dishonest game – a dishonest action.”