In Russia the champion of pancakes died immediately after the contest 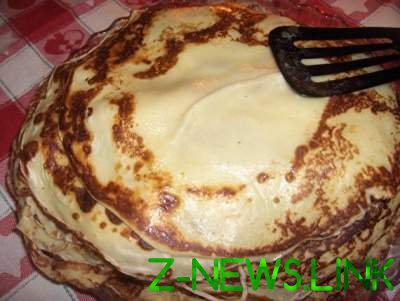 In the mayoralty of Vladimir, meanwhile, insist that the venues have not recorded accidents.

A resident of the Russian city of Vladimir died on March 8 during a competition on eating of pancakes. The accident happened near the cinema “Ruskino”.

According to the interlocutor of the Agency, after a competition on eating of pancakes 45-year-old man, who has become the winner, became ill. He fell to the ground. To save him failed. The physicians who have arrived on a call, verified death.

The local newspaper reported that the cause of death will be determined by an autopsy. According to some reports, the victim choked on a pancake.