Home / business / In Russia burning over 40 thousand hectares of forest

In Russia burning over 40 thousand hectares of forest 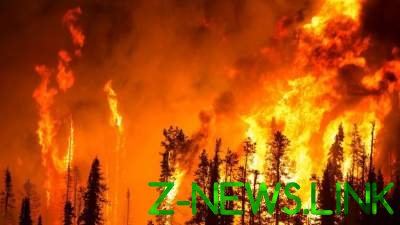 Over the past day in the region eliminated four of a forest fire.

In six regions of Russia introduced a state of emergency, a special fire mode – 50 subjects.

According to 13 may, the most difficult situation is observed in the TRANS – Baikal there are two large fire has spread to 18 thousand ha of forest Fund.

According to the emergencies Ministry in Irkutsk region, for the last day in the region eliminated four of a forest fire, the overall tone of the news is cheerful. Local residents are not so optimistic record in social networks reminiscent of the cries for help, according to the city, the people of the nearest villages to evacuate the fire, but to extinguish the forest no one, and nothing. The people themselves are organised in groups, many inhabitants of Irkutsk to the holidays were busy at the fire in fear that I will go to the city.

In the Kurgan region blaze of 6.7 thousand hectares, in Tuva – 1.7 thousand, in the Amur region – almost 1.4 thousand.