In Kiev the robber with a knife attacked a teen 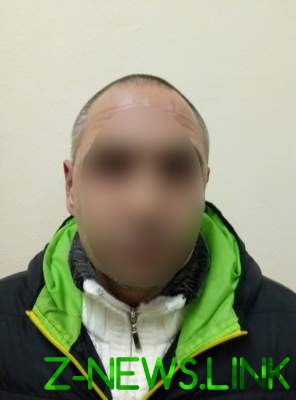 The man demanded money and phones.

In Solomenskiy district of Kiev, armed with a knife man attacked by teenagers.

The victims were told that the robber was a tall man. He threatened them with a knife and took money and phones.

According to the facts began criminal proceedings under article 187 of the Criminal code of Ukraine and carried out measures to search for the attacker. The police came to the conclusion that this is one and the same person.

During working off of operational information, the police detained 39-the summer man who fell under the description of victims.

“He was previously convicted inhabitant of Kiev region. Man without a permanent place of work previously had to serve his sentence for Commission of thefts and robberies. He confessed to the crime and told the details of the attack”, – stated in the message.

Man periodically came to the capital and chose victims among the passers-by teenagers. As a result, he was robbed of three boys aged from 13 to 19 years. Two of them he took the phones and money from a third phone, but he was damaged, so the striker got it back.

The man was charged under article 187 (robbery) of the Criminal code of Ukraine. The sanction of article provides imprisonment till ten years with confiscation of property.